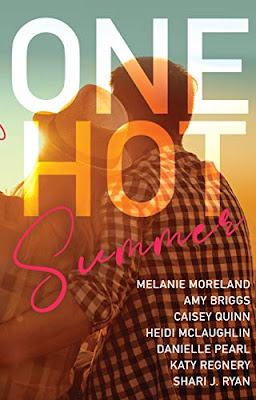 About One Hot Summer
Seven brand new novellas to finish off your summer!

The Summer of Us by Melanie Moreland
She was the light in my dark life. The sunshine that warmed me and made me smile.
We had one summer. One perfect summer, until the day it ended.
Years later, she walked back into my life. Older. Sadder. More beautiful than ever.
How can I prove to her that summer was real?
How do I make her see that boy that loved her then, still loves her now?
How do we get back to the summer when we were us?

The Inheritance by Amy Briggs
In the affluent seaside town of Port Henry, New York, Riley Maxwell inherits a house with more than one surprise she doesn’t intend to keep. When the local veterinarian meets her, he can’t resist pursuing a new summer fling. But, when secrets are revealed, they find themselves in more than just a summer affair.

Summer Seduction by Caisey Quinn
Emersyn Tyler is having one rough summer.

When her mom’s violent temper and recent diagnosis send her dad packing, she’s left to take care of her little brother alone.
Forget basking in the sunshine, she’s busy working full-time and taking summer classes at the local college so she can graduate high school. Until her friend drags her to a carnival where she runs smack into him.

The blue-eyed Adonis from her art history class.

Aiden Singleton isn’t looking for anything more than a meaningless hook-up. Finishing his graduate degree so that he can teach history and coach hockey in the fall, he’s got plenty on his plate without any added complications. But when a blond-haired beauty needs his help, all he can say is yes.

By the Seaside by Heidi McLaughlin
Dr. Danny Weatherly never had planned to take over his dad’s practice but when everything changed after one awful day, the summer before college, he really didn’t think about much of anything at all — because his life was over. His true love hated him. . . and for good reason.

Kelly Taft is moving back to her hometown, Gray, North Carolina. Back to her family, back to her friends — back to some good memories and back to some memories that were not so good. In fact, she’s never gotten over that one horrible day that sent her running in the first place.

Love’s a Beach by Danielle Pearl
Liza Farrell is a townie and she has no qualms about it. It’s her quasi-boyfriend who has issues with the “summer people” and at this point she wishes he wasn’t her boyfriend at all.

With college looming just a couple of months away, she couldn’t be more eager to begin the next stage of her life. That is, until Noah Reed returns to town, shaking up both her present, and her future.

Single in Sitka by Katy Regnery
A single Dad. A personal ad. What could possibly go wrong?

When Seattle journalist, Amanda McKendrick, pitches a new story about the increase of bear attacks in Sitka, her newspaper sends her north for two weeks. While there, she answers the personal ad of single dad, Luke Kingston, looking for a little no-strings-attached fun to pass the time.

But the sweet, widowered father of three—who just happens to be a smokin’ hot state trooper—turns out to be a lot more than Amanda bargained for. As the days go by, she wonders if it’ll be possible to return to Seattle without leaving her heart behind.

The Secret at Sunset by Shari J. Ryan
When a girls’ weekend getaway turns into more than Alexa Cale bargained for, she sets off alone on a sunset stroll, seeking a small cove nestled in the ocean’s inlet of Cabos San Lucas. No one warned Alexa that the high tide will swallow the hiking path. Stranded on rocks between the beach and ocean, Alexa finds herself thankful for Lincoln Holt, an attractive survivalist who purposely loses track of the tide’s time. 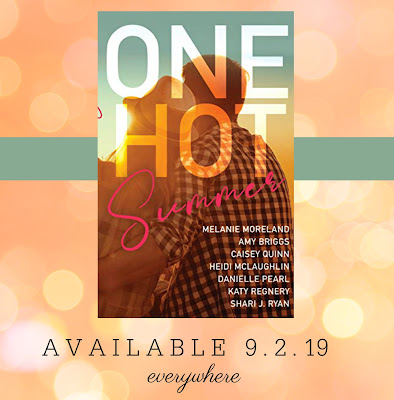 Read my four-starred review of One Hot Summer.

Add One Hot Summer on Goodreads. 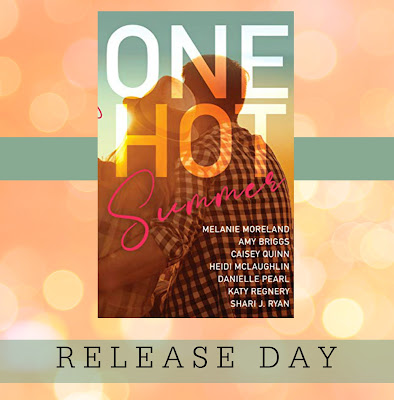