Release Blitz: Dine with Me by Layla Reyne 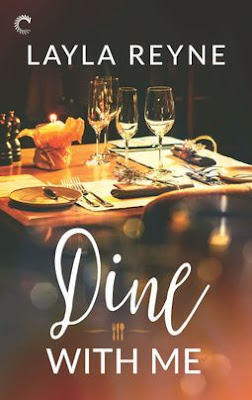 About Dine with Me
Life never tasted so good.

Miller Sykes’s meteoric rise to award-winning chef is the stuff of culinary dreams, but it’s all crashing down around him. He’s been given a diagnosis that could cost him something even more precious than his life: his sense of taste. Rather than risk the very thing that defines him, Miller embarks on a last tour of his favorite meals while he still can.

But there’s a catch: he needs a financial backer to make it happen, and he doesn't want anyone to know he's sick.

Dr. Clancy Rhodes has two weeks to come to terms with putting aside oncology to work at his father’s thriving plastic surgery practice. When the opportunity to travel with a Michelin-starred chef presents itself, the foodie in him can’t believe it. It doesn’t hurt that Miller’s rugged good looks are exactly Clancy’s cuppa joe.

As Clancy and Miller travel from coast to coast and indulge in everything from dive bars to the most decadent of culinary experiences, they’re suddenly sharing a lot more than delicious meals. Sparks fly as they bond over their love of flavors and the pressures of great expectations. But when Miller’s health takes a turn for the worse, Clancy must convince him he’s more—so much more—than just his taste buds. And that together, they can win a battle that once seemed hopeless. 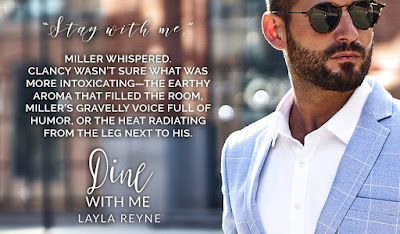 Add Dine with Me on Goodreads. 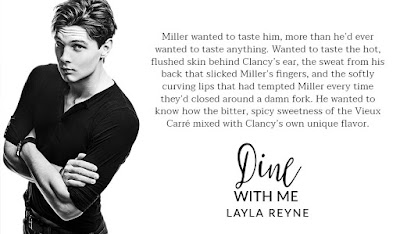 An Excerpt from Dine with Me
Clancy was smiling too, albeit sleepily, when he rejoined them. “Negroni, water, coffee,” he said, passing out their drinks. “So, did I pass the test?”

Miller stared into his glass, contemplating a very short cons list versus a growing pros one. The past six months had been the darkest in Miller’s life; the next—last—six promised more of the same. But for two weeks he had the chance to travel well and relive some of his favorite meals in the company of a beautiful, bright young man who seemed every bit the antithesis of darkness. This was a no-brainer.

Lifting his eyes, he met the doctor’s eager green ones and smiled. “Can you be ready for the first meal next Saturday?”

“I can be ready tomorrow,” Clancy said, fully awake now. “Where are we going?”

“Saturday, a week from today,” Miller said. “As for the locations, those will remain a secret, to be revealed as we travel. You good with that?”

“I can’t promise not to make guesses.”

“I can promise not to tell you,” Miller replied with a laugh.

“Can’t fault me for trying.” Clancy raised his mug, almost spilling the contents as he bounced on his toes, his excitement brimming over. “Saturday, then.” 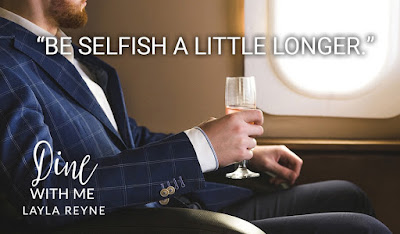 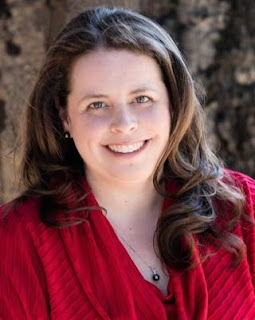 RITA Finalist Layla Reyne is the author of the Agents Irish and Whiskey, Fog City, and Changing Lanes series. A Carolina Tar Heel who now calls the San Francisco Bay Area home, Layla enjoys weaving her bi-coastal experiences into her stories, along with adrenaline-fueled suspense and heart-pounding romance. She is a member of Romance Writers of America and its Kiss of Death and Rainbow Romance Writers chapters. Layla is a 2019 RWA® RITA® Finalist in Contemporary Romance (Mid-Length) and 2016 RWA® Golden Heart® Finalist in Romantic Suspense. 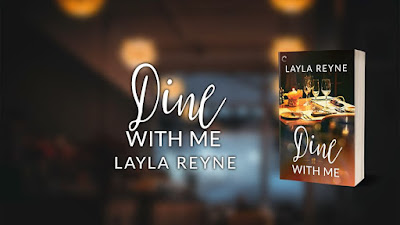