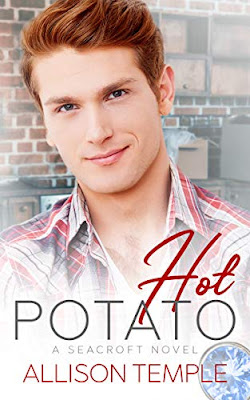 About Hot Potato
As Seacroft’s resident weirdo, Avery proudly flies a lot of freak flags. It’s a constant battle to be taken seriously when everything, from his red hair to his sexuality, makes him stand out in this small town.

Small towns are also a terrible place to keep secrets, and Lincoln has a bunch of them. But his demons aren’t going to hold him back from his dream job at the Seacroft Fire Department. His life is finally coming together, until the red-haired twink with the big smile and fast mouth calls in an emergency.

Pining for the hot firefighter is Avery’s newest flag, even if he agrees to be “just friends.” For Linc, every minute with Avery is a temptation. He needs to let go of his fear and admit the truth. Linc doesn’t want to be Avery’s friend; he wants to be his everything. But just as Linc is ready to risk it all, Avery gets an unexpected offer to spread his colorful wings and fly away.

Hot Potato is an 80k slow burn friends-to-lovers contemporary MM romance. It features a fast-talking accountant who’s cooler than he thinks, the closeted firefighter who loves him more than he should, and a great big happy-sigh HEA.

Find the Seacroft series on Goodreads. 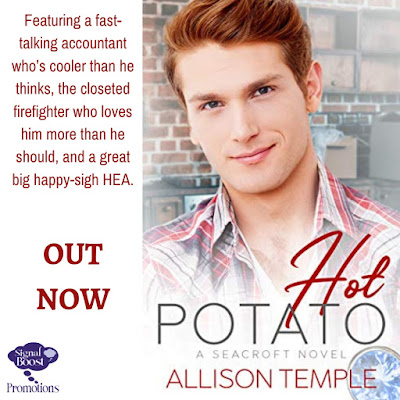 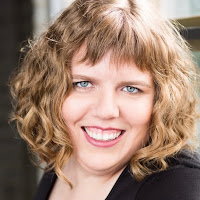