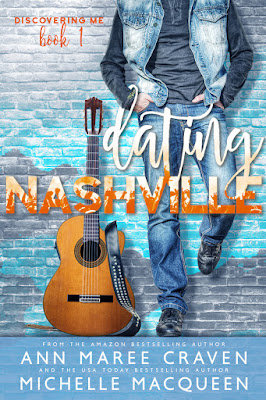 About Dating Nashville
Becks
How does a straight guy accidentally come out as gay to the entire country music world?
I’ll get back to you when I know the answer.
It all happened so fast. One moment, my best friend’s little brother is standing in a sea of people as his boyfriend breaks his heart. Again.
The next, I’m jumping off stage mid-concert to give him the kiss of his life⁠—or maybe the kiss of my life.
I’m Beckett Anderson. Yes, that Beckett. The one who never does the smart thing, messes up daily, and somehow ended up with millions of screaming fans.
Fans who now think I’m dating Nicky St. Germaine.
The label says I can’t come out as straight (Is that even a thing?), that I can’t tell the world I lied.
But this lie of mine… it doesn’t hold a candle to the one I tell myself.

Nicky
How does the quiet gay guy end up kissing the straight country music star in front of thousands of his screaming fans?
I still can’t fathom what he was thinking when he jumped off that stage, but that kiss… None of it was real, but it felt like it. At least to me.
I’m Nicky St. Germaine, son of a football Hall of Famer, best friends with rock star, Nari Won Song⁠—and whatever I am to Country Music sensation, Beckett Anderson. The jury’s still out on that one. What does a small town kid do when so many of his friends and family are famous? He hides. Frequently.
Now the spotlight is on me, and there is nowhere left to hide. I’m supposed to pretend to be Beckett’s adoring boyfriend for a few weeks, but that’s not so easy when I’d give almost anything for it to be true. 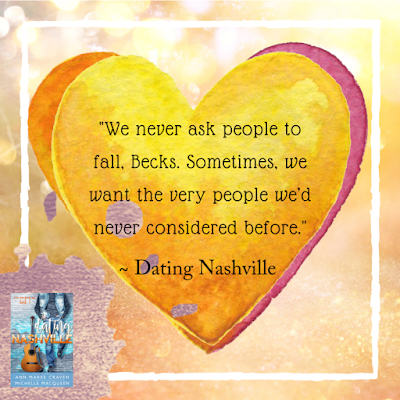 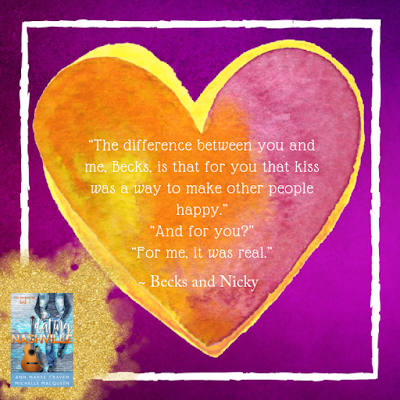 About Ann Maree Craven & Michelle MacQueen
Ann Maree Craven writes Young Adult Contemporary Romance with crossover appeal to audiences of all ages. She believes in stories that make you think and loves to play with foreshadowing, leaving clues and hints for the careful reader. She draws inspiration from her background in architecture and interior design to help her with the small details in world building and scene settings. (Her degree in fine art also comes in handy.)

Michelle MacQueen is a USA Today bestselling author of love. Yes, love. Whether it be YA romance, NA romance, or fantasy romance (Under M. Lynn), she loves to make readers swoon.

The great loves of her life to this point are two tiny blond creatures who call her “aunt” and proclaim her books to be “boring books” for their lack of pictures. Yet, somehow, she still manages to love them more than chocolate.