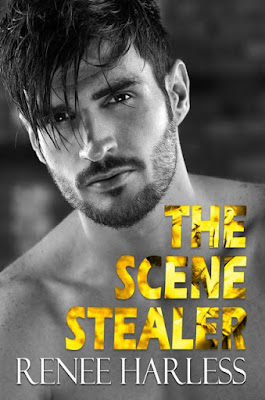 About The Scene Stealer
Scene Stealer (noun) (scene-steal•er | \ ˈsēn-ˌstē-lər): an actor who attracts attention when another is intended to be the center of attention.

The glow of fame only casts shadows. The name Devyn Dane was once lit up amongst the stars. Everyone worshiped me. But now, I’m on the edge of darkness. No one warned me about the fall. My crash was lethal. These days I’m nothing more than a forgotten child-star with a tainted reputation.

Redemption is what I need. When a chance is handed to me, I vow not to blow it—I can’t. This could launch me back to stardom. But nothing is given freely in Hollywood. Everything comes with a price. This time, mine is a bombshell waitress battling insecurities deep enough to rival even my own.

The resilient Larsen is a mystery I can’t wait to unravel. Her brokenness makes me feel not so alone. But together, we are a complete mess that should never work. I know it, Hollywood knows it, and someone is Hell-bent on making sure we don’t beat the odds.

I truly believed she was my ally. An added boost on my rise back to fame. But the shine of Hollywood masks many things. She broke my focus, pulling me away from the most important goal.

That’s the thing with a scene stealer—you never see them coming. 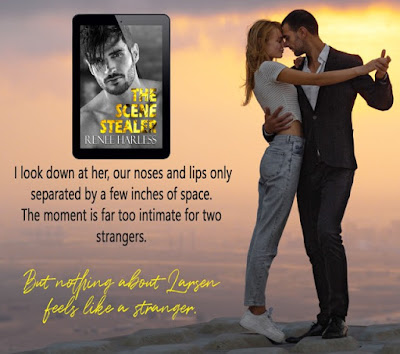 Read my 4.5-starred review of The Scene Stealer.

Add The Scene Stealer on Goodreads. 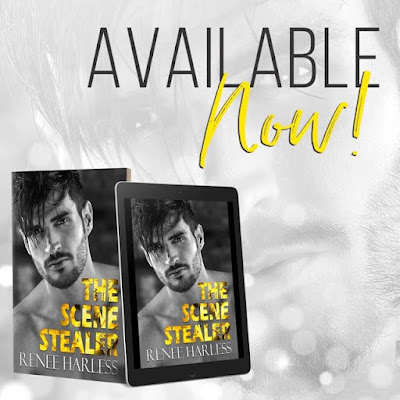 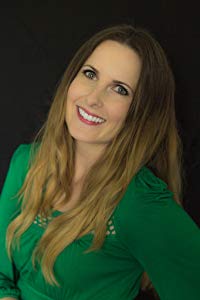 Renee Harless is a romance writer with an affinity for wine and a passion for telling a good story.

Growing up, Renee always found a way to pursue her creativity. It began by watching endless runs of White Christmas—yes even in the summer—and learning every word and dance from the movie. She could still sing "Sister Sister" if requested. In high school she joined the show choir and a community theatre group, The Troubadours. After marrying the man of her dreams and moving from her hometown she sought out a different artistic outlet—writing.

To say that Renee is a romance addict would be an understatement. When she isn’t chasing her toddler or preschooler around the house, working her day job, or writing, she jumps head first into a romance novel.