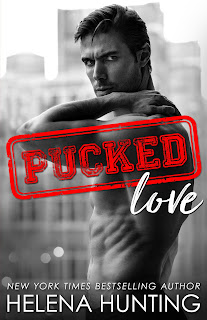 
“I know you want to run from this. I know this whole thing scares you, but understand this Charlene, I love you. That's the only truth you need. Everything else in that head of yours is white noise. All the worries are pointless. I want this with you, and I don't care if it's messy and fucked up and no one understands it but us."


Some people may find it strange that someone like me who pre-ordered and listened to this title as an audiobook would feel the need to read it in its ebook form. Well, my love for #DarLene knows no bounds, and if you knew the awesomeness that is their story, then you'll get why I simply needed to get my greedy hands on the ebook edition and read it as well. But for those of you who aren't familiar with Helena Hunting or her Pucked romantic comedy slash hockey romance series, let me explain my perceived fangirl madness this way: Hunting is the reigning queen of hockey romances that leave you laughing at the antics, lusting over the players, and loving the feisty females. Oh, and did I forget to mention that her stories are pretty *coughREALLYcough* kickass and swoon-worthy as well? This final full-length novel is the one so many have been antsy for, so why shouldn't I want to read the ebook, too?

Pucked Love is the story of thirty-four-year-old NHL right winger and Chicago veteran player Darren Westinghouse and twenty-five-year-old accountant Charlene Hoar (otherwise known as DarLene to Pucked fans and readers). There have been very brief glimpses at their relationship in past books, but we finally get their love story--from when their relationship truly began courtesy of a non-disclosure agreement that could have led to a whole lot of non-sexing between the two to where we find them two years later. This was originally released as an audiobook, one that already ranks as one of my absolute all-time favorite listens, and while not everyone is as into audiobooks as I am, I'm highly encouraging people to give this one a shot because listening to Sebastian York and Stella Bloom bring Darren and Charlene to life is a listening experience that should absofuckinglutely NOT be missed by anyone.

After the whole NDA debacle that could have cut their romance short, Darren and Charlene have been together for a couple of years and are very much a couple that knows what they want and happily pursue their extra-curricular activities with gusto. But as happy as they may be, news of an expansion trade cast a looming gray cloud over them. Darren's name has been bandied about as being one of the Chicago players that could be traded, which would mean a move to Vegas. Neither Darren nor Charlene know what the future holds, but one thing that Darren already knows is that he wants far more in his relationship with Charlene. It's taken a good, long while for him to recognize his feelings for what they are, but while some women would run into the arms of the man they're with if a declaration were made, Darren worries that Charlene could well choose to run as far away as humanly possible.

Experiencing this story for the second time meant I already knew how it would play out, yet there I was, grinning with such glee and squeeing in delight all over again. I've said it before and I'll say it again: Pucked Love is EVERYTHING. It made me laugh, made me giddy, and had me hot under the collar, and at the end of it all, my heart felt full. I don't want to play favorites. Oh, who am I kidding? I've always played favorites, and I stand by my declaration that Lance Romero is the guy who owns my Pucked-loving heart. However, Darren and Charlene are now my favorite Pucked couple. I swear, these two stole my heart and it looks like I won't be getting it back since this series has ended with their book. They were complicated and their relationship was complex, but they earned their happily-ever-after and if any two people deserve to have one hell of a fantastic ending, it's these two people.

This series also has one of the most memorable cast of characters ever, and the entire Pucked gang is here, but there's a newbie--Rook Bowman, nicknamed Rookie--who I hope we haven't seen the last of. Are you listening, Helena Hunting?! I'm not going to stop demanding begging hoping this guy gets his own book. It doesn't even matter if it's "just" novella in length; I'll happily take it. I don't think I'm asking for too much, right? Anywaaay... I digress. Experiencing Darren and Charlene's love story again also meant that I would have to go through saying goodbye to this series that I've loved from the get-go, and after six full-length novels, two novellas, and several outtakes later, it's all rather bittersweet. I'm sure I'm not the only one feeling this way, but I'm also grateful that Hunting created these characters, wrote these stories, and shared them with us. Five-plus stars go to Pucked Love. ♥

Read my reviews for the Pucked series: 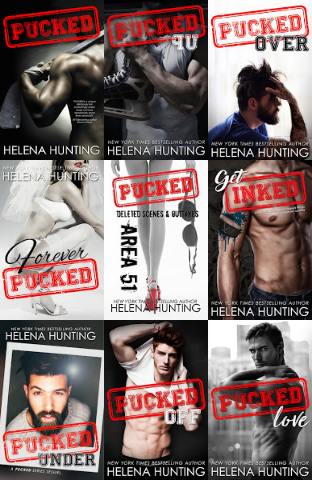