Book Spotlight: In Her Space by Amie Knight 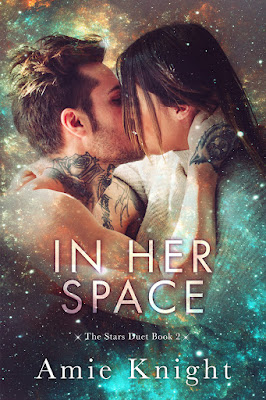 About In Her Space
I was reunited with Livingston Montgomery in the broad sunshine of a Carolina morning, right where she belonged; in the light.
It’d been too long since I’d seen her face.
She had changed, but so had I.

I was Adam Nova, reformed bad boy.  Now, successful business man.
I had it all, except for the one person I’d always wanted, and now I was back to claim her.

She was living in the shadows, just a shell of the former girl I knew.
But it didn’t matter that she tried to hide from me in the dark.

I’d follow her into the deepest depths of hell.
I just wanted to be In Her Space. 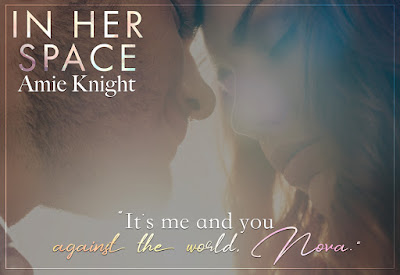 Read my 4.5-starred review of In Her Space.

Add In Her Space on Goodreads. 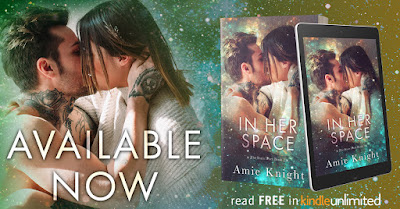 An Excerpt from In Her Space
“Come to my office now.” Patience had never been a virtue for this man.
“Adam, please.” My voice even sounded desperate to my own ears. Couldn’t he just give me a break one fucking day? Since he’d been home, my life had been in turmoil.
I think it was the use of his first name that gave him pause and gave me a bit of hope that he was going to leave me the hell alone today.
“My office. Now. I’m the boss.” And then he clicked off.
“Bastard,” I whispered.
A click. “I heard that.” And then another click.
I rolled my eyes as I cleaned my paper mess. I made sure to take my damn time going to his office. He may have been my boss, but he wasn’t the boss of me. Yeah, I was pretty mature today.
I knocked at the door and no one answered, so I knocked again. Harder.
Eventually, Adam turned the knob and opened it, his cell phone to his ear. He motioned with his hand for me to have a seat in the chair in front of his desk while he sat behind his desk, still on the phone.
The longer I sat there, the angrier I got. I didn’t even want to come in here and he insisted on it so he could sit his ass on the phone and look at me. It didn’t even seem like he was really talking to anyone except for the occasional yes or good from his mouth. He was making my already shitty day even shittier.
He finally hung up the phone and just gazed at me from the other side of the desk.
I raised my eyebrows at him. “Was there something you needed from me, Mister Nova?”
He ran a hand over the scruff of his jaw. “Ya know, Liv. This Mister Nova shit is getting really fucking old.”
I wasn’t in the mood for his bullshit today and I could tell he was really planning on giving it to me. “Ya know, Mister Nova, this calling me into your office for no fucking reason is getting really old, too.”
He stood up and stalked around the desk toward me like a predator after its prey. “I hate it when you cuss.”
I pursed my lips. “I hate it when you boss me around.”
“I want to kiss the sass right out of you.”
I stood up and we were toe-to-toe. “Don’t you even think about it,” I breathed.
He grabbed me by my hips and swung me around until I was pinned between him and the desk. “Oh, I think about it all the time and who’s going to stop me?”
My eyes fluttered closed. Oh fuck, he was getting to me. The fever was back. Making me hot and bothered and wanton, but I wasn’t easy. “My knee.”
“Oh, come on.” His nose brushed the side of mine. “I just want a taste.”
The smell of sweet smoke invaded my senses, making me crazed and incredibly dumb because I whimpered. And that was all she wrote.
His hands went to the back of my head and gripped my hair tight, angling my head just how he liked, and he didn’t just press his lips to mine. No, this wasn’t one of Adam’s sweet, thoughtful kisses. He pillaged my mouth. The man kissed me like he was drowning and I was his only source of air.
He bit at my lips and pulled my hair, the sting, the sheer intensity of the moment causing me to groan. I was angry and hot and God, I wanted him. I wanted to forget today. I wanted to bury myself in his kisses and passion for just a few minutes. I wanted to forget the time that had separated us. I wanted to pretend we hadn’t been separated for years and miles. I wanted to remember when he was mine and I was his.

He slid his hand up the outside of my thigh, almost like he’d held my hand all those years ago, with such thought, agonizingly slow and right up under my skirt. My heart raced in my chest. It beat so loudly in my ears, it was all I could hear.

“What are you doing?” I whispered, desperate for him to continue, praying he stopped. This was the best worst idea in the history of ideas.

“What I’ve been wanting to do since I saw you in that little black dress at the Gala. The dress you wore to torture me,” he growled, dropping to a knee while he shrugged out of his suit jacket.

My face grew hot as he pushed my skirt up, trailing his fingers up the outside of my thighs, sliding his palms up the inside, like his hands were on a leisurely walk, instead of seducing the hell out of me.

“This is a bad idea,” I panted, clutching the edge of his desk in my hands as his fingers brushed the apex of my thighs. “You’re my boss. You’re my ex-boyfriend. I’m not even sure you like me.”

“On the contrary, this is the best idea I’ve had in years.” His head dipped, and the sting of teeth right at the top of my thigh was dangerously close to where I ached. “And I’m gonna show you how much I like you.” 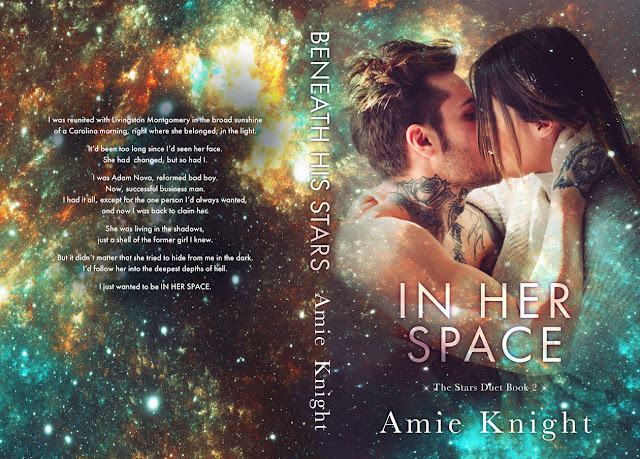 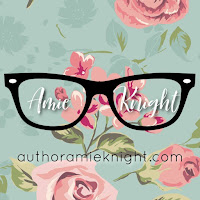