Book Spotlight: A Gentleman for Christmas by Prescott Lane 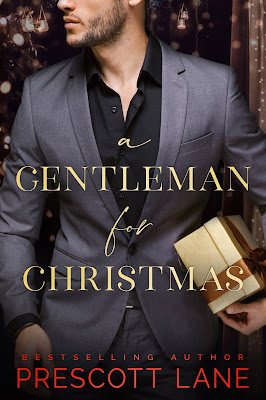 A Gentleman for Christmas
by Prescott Lane
Date Released: November 26, 2018

About A Gentleman for Christmas
A gentleman can’t always follow the rules.

Some say “chivalry is dead.”

I don’t think so.  Most women I know like a gentleman.

But a gentleman doesn’t fall for his best friend’s woman. Current or ex.

And that’s what I’ve done.

During the Christmas season of all times — that magical time for decorations, gifts, family . . .

Yes, the girl who was off-limits for so long, who I’ve loved all my life, has come back in town and possibly back to me.

I can’t follow the gentleman rules this time.  There’s too much at stake.  I let her go once.  I won’t let her go again. 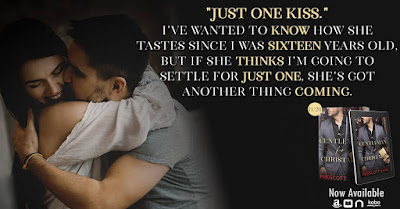 Read my 4.5-starred review of A Gentleman for Christmas.

Add A Gentleman for Christmas on Goodreads. 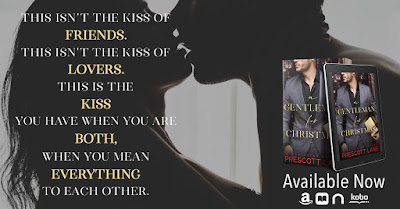 An Excerpt from A Gentleman for Christmas
“Thou shalt not covet thy neighbor’s wife.”

Otherwise known as the original bros before hoes commandment.

I’m not advocating calling women hoes. It’s an expression, so put away your Encyclopedia of Political Correctness.

There are rules in life. The Ten Commandments were just the beginning. We have rules for everything. How to drive. How to dress. How to walk across the damn street. So why not rules for love?  That’s how all this started — a set of rules between my buddies and me.

Obviously, bros before hoes is rule one. We vowed never to let a girl come between us, which meant if one of us liked a girl, she was forever off limits.

Little did I know our teenage pact would launch my multi-million dollar career. A little tweaking here and some socially acceptable rewording there and The Gentleman’s Handbook was born.

I’ve written books and given seminars on everything from how to find love, to how to propose, to how to have a successful long-distance relationship. You name it, and I’ve got rules for it. Personally, I’ve never been much of a rule follower, but that’s my little secret.

The funny thing is I’ve never been in love. Well, there is this one girl, but we won’t talk about her. It does no good to think about someone you can’t have and never will.

My lack of emotional commitment hasn’t slowed down my career one bit. Currently, I have two books on the New York Times Best Sellers List. My seminars sell out like a Drake concert.

I always find it interesting that the rules started between a group of male friends, but it’s mostly women that come to hear me speak. Occasionally, you see the poor sap boyfriend who was dragged along to listen, but for the most part it’s all women.

This time of the year is no exception. December first until January first is important for guys. Holidays are big for a lot of couples. If you don’t know what you’re doing for your lady, you better figure it out and fast. In fact, my rule is that you should be paying attention all year long.

Trust me on this. If you remember something she mentioned she liked three months ago and surprise her with it at Christmas, she’ll spread her legs before Santa even has time to slide down the chimney. Let’s be honest, that is always at least part of the goal for guys.

So my current work in progress tackles Christmas  A how-to guide for the holidays.

The Gentleman’s Rules for Christmas. 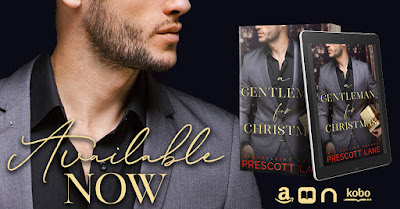 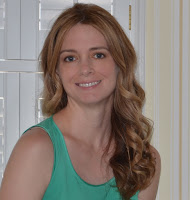 Prescott Lane is the Amazon bestselling author of Stripped Raw. She's got eleven other books under her belt including: First Position, Perfectly Broken, Quiet Angel, Wrapped in Lace, Layers of Her, The Reason for Me, The Sex Bucket List, To the Fall, Toying with Her, All My Life, and A Gentleman for Christmas.

She is originally from Little Rock, Arkansas, and holds a degree in sociology and a MSW from Tulane University. She married her college sweetheart, and they currently live in New Orleans with their two children and two crazy dogs.