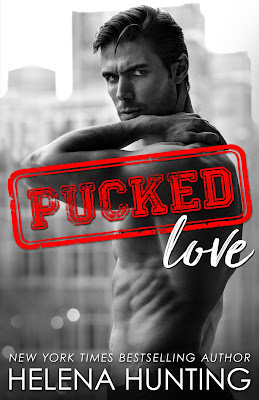 About Pucked Love
As an NHL player, relationships haven’t been my thing. Shrouded in secrecy and speculation, they never last very long. But then that’s what happens when you require an NDA before the first date.

Until Charlene. She’s like a firefly. She’s elusive, and if you catch her she’ll burn bright, but keeping her trapped dulls her fire and dims her beauty.

I caught her. And as much as I might want to keep her, I’ll never put the lid on her jar. Not at the risk of losing her. So I've let her set the rules in our relationship.

But as long hidden secrets expose us both, I discover exactly how fragile Charlene is, and how much I need her. 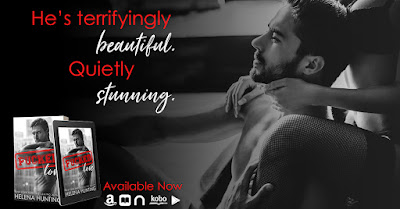 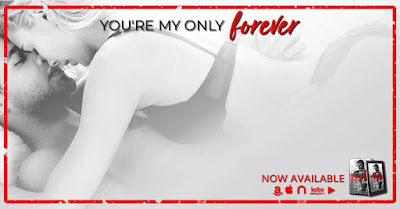 An Excerpt from Pucked Love
You’re turning twenty-six. It’s your champagne birthday, so we need to do something fun.” Violet bounces, making her boobs shake and my mimosa slosh perilously. “It should be themed! We can all wear leather chaps!”

“Could you be any more cliché?” I roll my eyes. “Just to be clear, Darren doesn’t own chaps.”

“Just a ball gag and a mask with no eye holes, according to Alex.”

And we’re back to my sex life. I knew I was getting off so easy.

I wonder if Darren is catching this kind of heat today. I seriously doubt it’s worse than what I’m getting since I don’t think his friends are likely to push his buttons, but I’ll have to ask when I speak to him next. I’m not sure when that will be, either. The message I sent about Gertrude was pretty straightforward and doesn’t necessarily require a response. Maybe I should’ve worded it differently.

Sunny raises her hand, like we’re all still in middle school and she’s waiting her turn to speak. “Wouldn’t a mask with no eyeholes be dangerous? You wouldn’t be able to see where you’re going.” Her eyes widen, and she looks around the room. “And what’s a ball gag?”

I honestly love that Sunny has grown up in this highly overinformed society and still manages to be innocent.

“Yeah, Char, wouldn’t a mask with no eyeholes be dangerous?” Violet props her fist on her chin and smiles. “And please, do explain what a ball gag is.”

“I’m not sure you really want the answer to that, Sunny.” Poppy gives me a look I can’t quite decipher.

Sunny twirls her hair around her finger. “Why not?”

“Where’s the harm in a little bondage-sex education? It’s not like Miller’s ever going to go out and buy either item for her. First of all, Alex would murder him, and secondly, I don’t think that’s Miller’s thing.”

Sunny’s face lights up, and she does jazz hands. “Oh! I think I know what Miller’s thing is!”

“He really likes to do that, a lot. When my belly gets too big I’ll have to watch from the mirror.” She gets a faraway look in her eyes. “But he has another thing! Kind of like how you and Randy are always getting it on in bathrooms, except I think it’s a bit more sanitary.”

“And it doesn’t cause thousands of dollars of damage,” Violet adds.

Lily throws her hands up in the air. “That sink was already falling off the wall. It’s not my fault it broke!”

“That was one expensive orgasm,” I say.

“And Randy says it was worth every penny.” Lily’s smile is devious as she bites her knuckle, then turns to Sunny. “Anyway, back to Miller’s thing.”

Sunny wiggles around excitedly in her chair. “So Miller paints my toenails for me.”

“Miller’s thing is painting your toenails?”

“Yes. Well, no. I think he likes my toes.” Her fingers go to her lips, and she looks around the room, her cheeks flushing.

”Sometimes he kisses them.” She covers her mouth with her palm and says something unintelligible.

Violet sits forward in her chair. “Hold on a second, does Buck have a foot fetish?”

“Um, I don’t know.” Sunny looks worried now. “Is that weird? Is it, like, mask with no eyeholes kind of weird?” 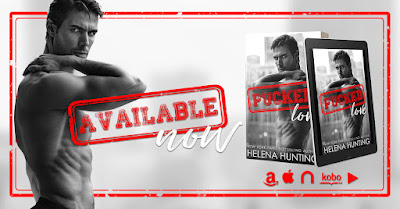 New York Times and USA Today bestselling author Helena Hunting lives outside of Toronto with her incredibly tolerant family and her two moderately intolerant cats, who think the best place to sleep is her keyboard. Helena writes everything from contemporary romance with all the feels to romantic comedies that will have you laughing until you cry.