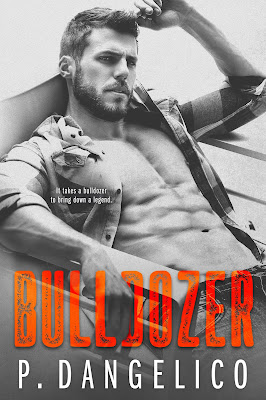 About Bulldozer
What happens when a single mother is forced to live with a grumpy, ailing football star? The smolder turns red hot, of course.

Amanda Shaw has pulled it together. It’s taken a couple of years, a boatload of hard work, and a ton of self-discipline, but she finally has her problems in a headlock. Her yoga studio in the city has become so successful she’s opening one near the beach, and her relationship with her ten-year-old son is improving every day. The last thing she needs is a monkey wrench thrown into her smoothly running life.

Grant Hendricks is one big monkey wrench. The four-time Defensive Player of the Year, three-time NFL sack leader, and all-around football god has officially hit rock bottom. A devastating back injury means he may have to retire and that scares him more than doctors telling him that the next hit could leave him paralyzed. All he needs is a quiet place to think and his teammate’s beach house sounds like just the place. Problem is, the woman already living there. 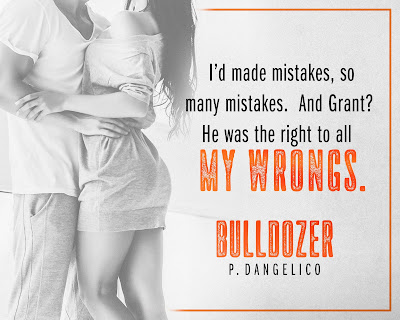 Read my five-plus-starred review of Bulldozer.

Find the Hard to Love series on Goodreads. 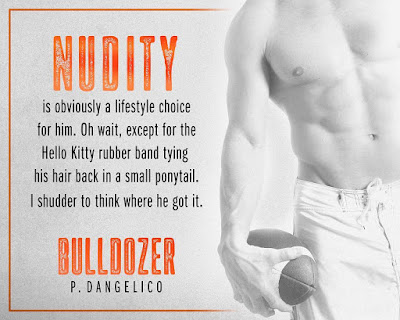 An Excerpt from Bulldozer
For a beat we stare at each other, neither of us voicing the undeniable truth that something is happening between us. Something deep and real and scary.

He pins me to the side of the pool, his arms framing mine, and leans closer. I can’t pry my eyes away from his lips, full and slick with water.

“You make me want to try,” he quietly confesses.

I’ve told myself a thousand times to stop thinking about the way he looks at me. Or that he’s so sweet with Sam it brings tears to my eyes every time I watch those two interact. Or that Roxy fell hard and fast in love with him from the outset and everyone knows dogs are the best judges of character.

I’ve told myself to stop staying awake at night wanting him but he makes it nearly impossible. His eyes fall to my lips and I swallow, goose bumps breaking out from my hairline to my toes.

“Try what?” I ask in an equally quiet voice. Reaching out, I dare to run my fingertips over the short beard from the side of his face to his chin. His thick lashes beaded with water flutter shut.

“You’re the best man I know already…nothing to try for.”

“You keep at it like that and I’m going to kiss you,” those perfectly shaped lips murmur. It sounds like a threat and a promise and part of me hopes it’s both.

About P. Dangelico
P. Dangelico loves romance in all forms, cuddly creatures (four-legged and two), really bloody sexy pulp, the NY Jets (although she’s reconsidering after this season), and to while away the day at the barn (apparently she does her best thinking shoveling horse crap). What she’s not enamored with is referring to herself in the third person and social media so don’t expect her to get on Twitter anytime soon. Oh, and although she was born in Italy, she’s been Jersey Strong since she turned six.