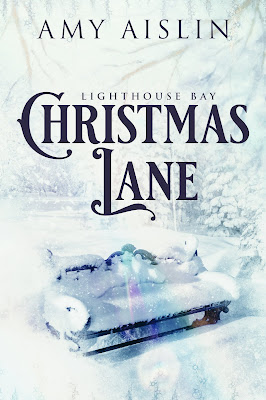 About Christmas Lane
It’s recent college graduate Zach Greenfeld’s favorite time of the year and he’s just received a temporary gig planning Lighthouse Bay’s Christmas parade. Not only does it speak to his penchant for organization, it also puts him face to face on a daily basis with his unrequited crush—Holland Stone. But his new job starts off in disaster when the most important float—Santa’s sleigh—gets damaged.

Holland needs to win the Lighthouse Bay Christmas parade float competition in order to grow his new dollhouse-making business. The prize is an article in a major city newspaper, and nothing beats free advertising. Except, eager to help the adorable parade organizer, he volunteers to help fix Santa’s sleigh, leaving no time to work on his own float, and putting his prize at risk.

Damaged floats, snowstorms, and a last-minute parade emergency force Zach and Holland closer than ever. All they need is a little bit of Christmas magic to help them realize they belong together. 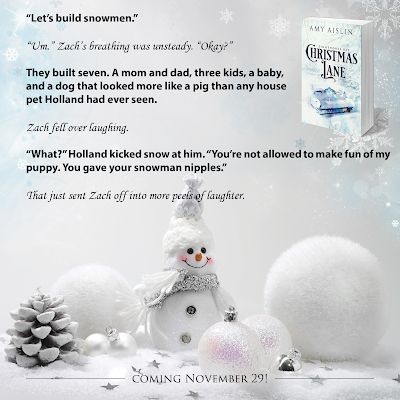 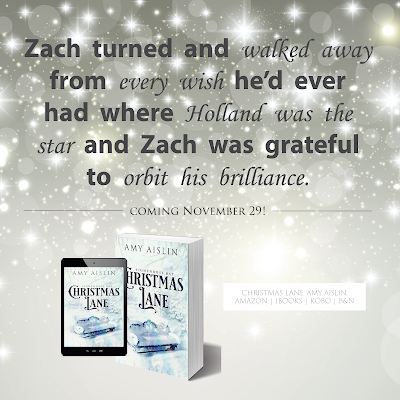 An Excerpt from Christmas Lane
“Are you feeling better?”

“You seemed kind of down last night.”

“Oh.” Zach snorted and rolled his eyes, presumably at himself. “Yeah, sorry for dumping my relationship challenges on you. I guess I’d reached that hopeless, nothing’s-ever-gonna-change stage.”

“Things don’t seem so hopeless this morning?” Zach was way too good to be someone’s one-night stand. He deserved someone who’d respect him, who’d cherish him, who’d encourage him and never let the light in his eyes die. Holland didn’t know what he’d do if Zach’s glow ever dimmed.

Their eyes met across ten feet of empty space. An electrical current supercharged Holland’s veins, and his heart kicked up a notch. Sweat slicked his palms, and he almost dropped the hammer onto his foot.

“I don’t know yet,” Zach said over the din of construction and conversation, appearing to choose his words carefully. “There’s something I thought would never happen, and it might actually be possible. But…” He stared at Holland like he was expecting a response of some sort. He swallowed hard, Adam’s apple bobbing. Holland followed the motion. “But it’s hard to say at this point. So maybe I’m not feeling so hopeless, but not quite hopeful either. Somewhere in the middle?” He raised an eyebrow, a dare challenging Holland to…reciprocate?

Holy shit, was Zach actually into Holland like Holland was into him?

Based in the suburbs of Toronto, Amy is a marketer/fundraiser at a large environmental non-profit in Toronto by day, and a writer by night. Book enthusiast, animal lover and (very) amateur photographer, her interests are many and varied, including travelling, astronomy, ecology, and baking. She binge watches too much anime, and loves musical theater, Julie Andrews, the Backstreet Boys, and her hometown of Oakville, Ontario. 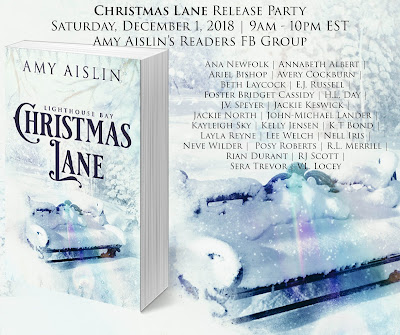