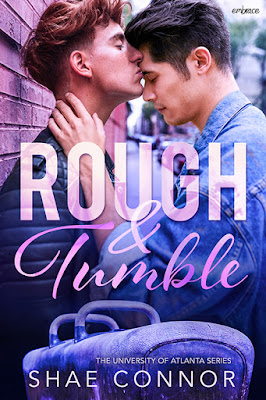 Rough & Tumble
(University of Atlanta #1)
by Shae Connor
Release Date: November 9, 2020
Entangled Embrace
About Rough & Tumble
My name's Grant Clark, and I have managed to screw up my entire life. In triplicate.
Number one: I fell in love with my best friend.
Number two: I thought he was straight.
Number three: Because of number two, I didn't make a move on number one.
Until it was too late.
Or is it?
When I accidentally interrupt him with another guy—and he turns out to be the worst—well, I think it's time I finally make a move.
Don't you?
Warning: This book contains two men who don't mind a little humor and heartache as they struggle to find their happily ever after in the aftermath of a toxic relationship. 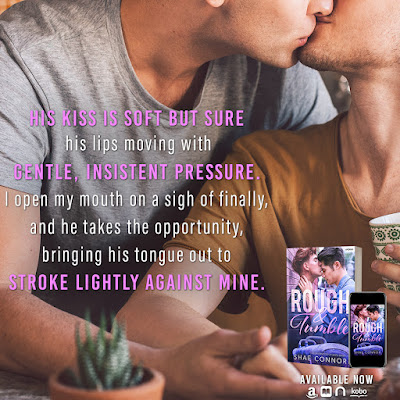 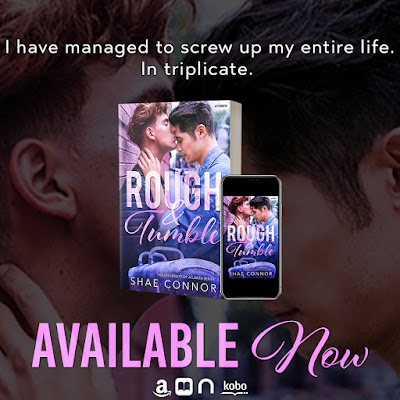 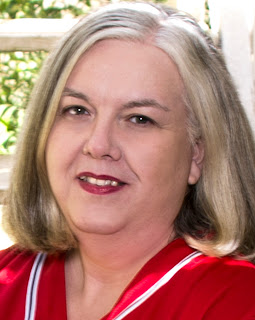 Shae Connor lives just outside Atlanta, where she's a lackadaisical government worker by day and writes sweet-hot romance under the cover of night. She's been making things up for as long as she can remember, but it took her a while to figure out that maybe she should try writing them down.
Shae was first published in 2010 and has a lineup of short stories, novellas, and novels available and a host of anthology appearances. She's won two Rainbow Awards for Best Anthology/Collection, one for the multi-author anthology Playing Ball, and one for a solo novella collection, Hands-On.
Shae is part Jersey, part Irish, and all Southern, which explains why she never shuts up. When she's not chained to her laptop, she enjoys cooking, traveling, watching baseball, reading voraciously, giving and receiving hugs, and wearing tiaras. In her copious spare time, she volunteers as director and editor of the Dragon Con on-site publication, The Daily Dragon.
Connect with Shae
Website | Facebook | Twitter | Instagram | Goodreads