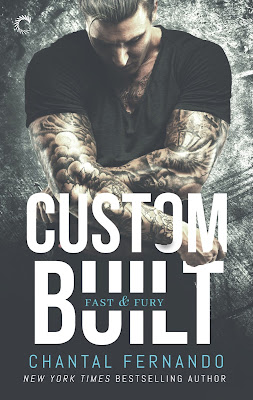 Custom Built
(Fast & Fury #1)
by Chantal Fernando
Date Released: November 24, 2020
Carina Press
About Custom Built
New York Times bestselling author Chantal Fernando brings you Fast & Fury: A sexy new series fully loaded with intense emotions and edge-of-your-seat suspense.
After losing her job, saying goodbye to a lifelong dream, and having an all-around cruddy year, Bronte Pierce needs a break. A job at Fast & Fury might be just the thing to reset her life, even though she knows nothing about custom motorcycles.  But taking a job isn’t the same as keeping it, and her fresh start quickly turns into a fresh nightmare.
Starting with her boss. Crow is hard-headed, stubborn and brutally honest. He may be easy on the eyes, but he runs with an MC, and he’s anything but friendly to Bronte. She suspects he has a softer side—just not for her.
Her whole life, Bronte has known that the only person she can truly count on to save the day is herself. But when a single murder turns into a conspiracy and the threat to her life is more than she can handle alone, it’s Crow who comes through—and her newfound family might just become her greatest strength.

An Excerpt from Custom Built
Stepping inside the warehouse is like a whole other world. There’s beautifully done graffiti on the walls, and the workspace shows off brand-new, sparkling bikes. The main room leads into a wide spacious garage, and it has a cool, urban vibe. There’s music playing over the speakers, and it doesn’t look like they have spared any expense with the interior design. In the middle, there’s a reception area with a large, expensive-looking wooden desk and a little staircase leading to another level, one with bikes in various states of being rebuilt. It’s a pretty awesome space.
“Hello?” I call out when I see no one around. Apparently they really do need staff. I’m assuming I’m supposed to be meeting Crow, but I have no idea what to expect right now.
A door opens from behind the reception area, and a tall, muscular blond man walks out. He’s very handsome. He’s covered in tattoos and looks good even bowing shirt with a white top underneath. I wonder if this is his usual look.
Even with the shirt, he screams bad boy.
The bright pattern isn’t fooling anybody.
Blue eyes lock on me. “Bronte Pierce?”
“That’s me,” I say, shaking his hand as he offers it. “Nice to meet you.”
“I’m Crow, and I’m in charge here. We have two mechanics coming in and out to help Cam put together the bikes. But it’s a small group since we only do custom pieces.”
So this is who messaged me yesterday.
“So are you Abbie’s partner?” I ask, since Uncle Neville said he owned the place. If he is, she has done very, very well for herself.
He gives me a confused look, then laughs. I don’t want to admit what the sound of his laugh does to me; it’s deep and all consuming. Great, now I’m having weird feelings about my cousin’s partner and I haven’t even met my cousin yet. Way to build a relationship. Oh yeah, and he’s my boss.
Snap out of it, Bronte. You’re here to work, and that’s it.
Once he’s done laughing, he still has a smirk on his face. I’m not going to lie; it kind of annoys me. “No, Temper is Abbie’s partner. Don’t let him hear you ask me that.”
“But you said you’re in charge. I was told Abbie’s partner owns the place.”
His smirk is gone and now he just looks annoyed.
“Yes, Temper technically owns it, but I am in charge here. Is that going to be a problem?”
Shit. Great, first I was attracted to the boss, and now I’m pissing him off. “Nope. Not a problem. Sorry, I just found out about Abbie, so I’m playing catch-up. You’re in charge. Got it.”
And apparently not a topic I will bring up again.
He looks at me skeptically but gives me a brief nod. “We basically need someone to man the reception, answer phones, order parts and stay on top of all the bookkeeping. Sound manageable?”
I decide that honesty is the best policy. “I have done some admin work before, but I don’t know anything about bikes or ordering parts. But I’m a quick learner and I’m sure I can pick it up.” I give him my best I-am-confident look.
I hope he buys it.
It’s the truth, though. I’ve done work more complicated than this, and I’m eager to learn and be the best at whatever job I am doing. I’m someone who takes pride in her work, and I know that I’m going to be an asset to his team.
“Abbie said you were a private investigator?”
“I was an assistant to one, yes.” I nod.
“Huh. I would have guessed a librarian,” he comments, making my eyes widen. I mean, I was only just thinking the same thing based on how I dressed today, but it’s rude of him to mention that, especially after only just meeting me. “I hope you’re able to handle the job, and don’t expect any special treatment just because you’re Abbie’s long-lost cousin.”
My jaw drops. His comment really gets to me, even though I don’t want to let him see that. “I don’t expect any special treatment.”
“That’s good, but not true, because special treatment got you this job in the first place,” he replies casually, as if his words aren’t hitting every damn nerve.
I should have known that this job was going to come with a catch, and it looks like I’ve found it. An annoying, smart-ass boss.
Copyright © 2020 by Chantal Fernando 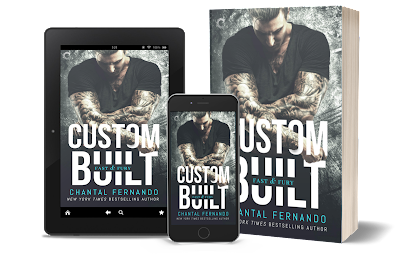 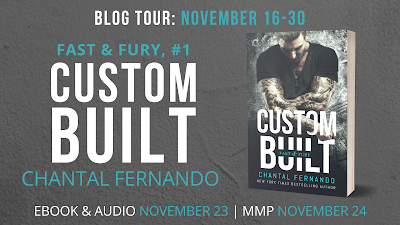