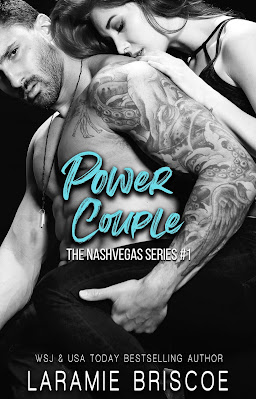 Power Couple
(NashVegas #1)
by Laramie Briscoe
Release Date: November 29, 2020
About Power Couple
Everett James Thompson
I've been in the spotlight since I was born, thanks to my famous parents. Reaper and Harmony have been the gold standard when it comes to celebrity love stories. It's hard to be in that shadow, to live up to that precedent.
Which is why I stopped trying when my band, Grey Skies hit the big time.
But when I go to Vegas to support my Mom, in her new residency, I have absolutely no idea I'll leave Vegas with a new pop-star wife.
Brianna Jenkins
As one of the top pop-stars in the world right now, I don't have time for anything. Much less love, or even a night out.
When my best friend surprises me with tickets to the sold-out Harmony Stewart show in Vegas on my one off weekend of the month, I'm beyond excited. Especially when we find out our seats are next to her family. Harboring a crush on her oldest son added with a few more drinks than I normally have equals consequences neither one of us bargained for.
The next morning, I'm no longer Brianna Jenkins, pop star.
I'm Brianna Thompson, member of the new power couple, about to take the world by storm.
Whether I want to, or not. 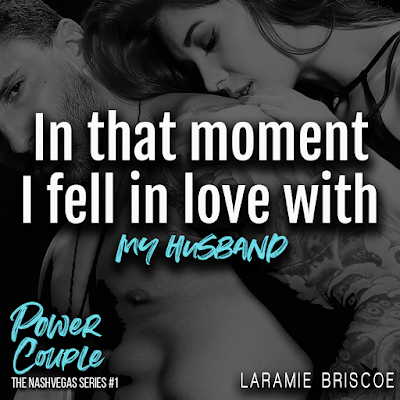 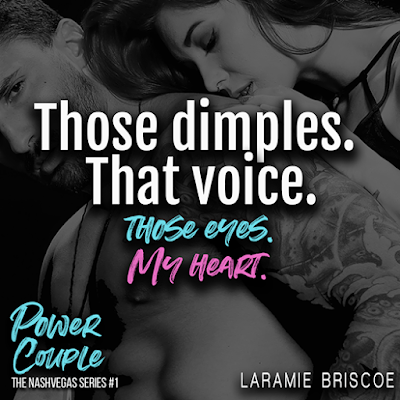 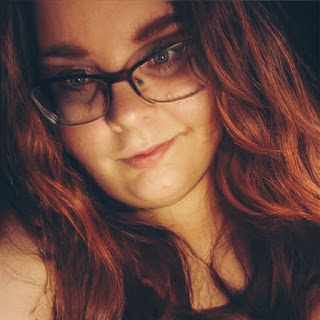 Laramie Briscoe is the bestselling author of the Heaven Hill series and the Rockin' Country series.
Since self-publishing her first book in May of 2013, Laramie Briscoe has published over 10 books. She's appeared on the Top 100 Bestselling E-books Lists on iBooks, Amazon Kindle, Kobo, and Barnes & Noble. She's been called "a very young Maya Banks" (Amazon reviewer) and her books have been accused of being "sexy, family-oriented, romances with heart".
When she's not writing alpha males who seriously love their women, she loves spending time with friends, reading, and marathoning shows on her DVR. Married to her high school sweetheart, Laramie lives in Bowling Green, KY with her husband (the Travel Coordinator) and a sometimes crazy cat named Beau.
Connect with Laramie
Website | Facebook | Twitter | Instagram | Pinterest | Goodreads | Newsletter 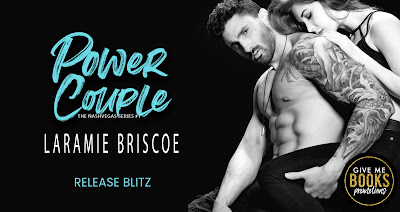