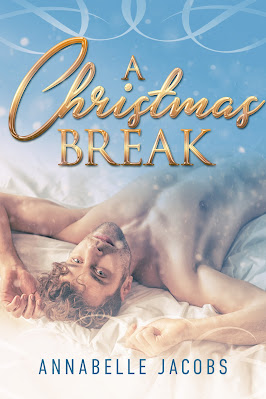 A Christmas Break
by Annabelle Jacobs
Release Date: November 30, 2020
About A Christmas Break
Christmas is a time for giving, not lusting after your brother’s best mate.
Finn’s never had the Christmas of his dreams, and this year isn’t shaping up to be much better. Then he rents his spare room out to Jasper, and life begins to look up.
Laid back Jasper is nothing like Finn expects. He’s hot, sweet, and easy to talk to. Finn could easily fall for him. But, he’s his brother’s best friend. He’s off limits, and Finn would never break that sacred rule...right?
Jasper’s carried a torch for his best mate’s brother for years. Living with him sparks an old flame to light, and the more time they spend together, the brighter it burns. Finn is gorgeous and kind. He’s everything Jasper has ever wanted.
But he’s also scarred by old wounds, and reluctant to let his guard down again. Friendship blooms, and for a short while, it’s enough. But the fire between them is undeniable. Finn can fight it as much as he likes.
He won’t win.
A Christmas Break is a festive MM romance. Expect: a swoony best friend’s brother, old friendships that fast turn to love, sweet roommate romance, and lots of naughty rescue cats. 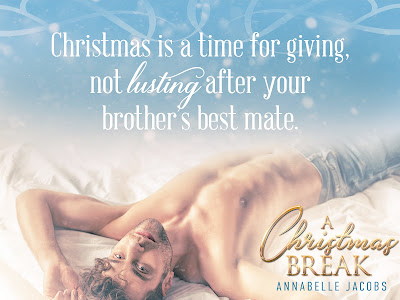 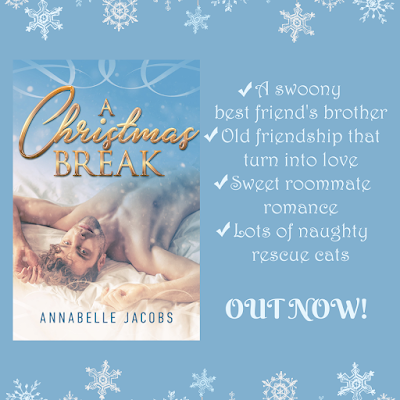 Annabelle Jacobs lives in the South West of England with three rowdy children, and two cats. An avid reader of fantasy herself for many years, Annabelle now spends her days writing her own stories. They're usually either fantasy or paranormal fiction, because she loves building worlds filled with magical creatures, and creating stories full of action and adventure. Her characters may have a tough time of it—fighting enemies and adversity—but they always find love in the end.
Connect with Annabelle
Website | Facebook | Twitter | Goodreads