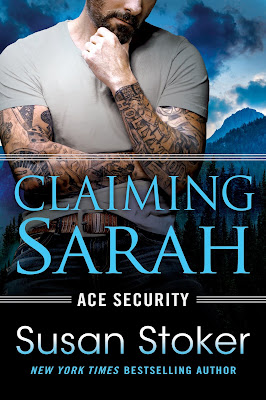 About Claiming Sarah
Sarah Butler isn’t flattered. She’s angry and unnerved. She’s been getting intimate gifts from a man she barely knows. Nothing threatening yet, but there’s just a weird vibe she can’t ignore. Her recourse is Ace Security. Their solution: self-defense lessons at Rock Hard Gym with a personal, hands-on instructor. One look at the bearded, tattooed, green-eyed alpha is enough to take Sarah’s breath away.

Cole Johnson is definitely the man for the job. He’s eager to train her. Eager to get closer. And when it comes to Sarah’s instincts, Cole knows she’s not imagining things. He’s also not imagining the intense attraction between them—and his desire to protect her is growing. But so are Sarah’s fears, the worst of which come true when she disappears.

Enlisting the help of Ace Security, Cole will stop at nothing to find the love of his life . . . before she vanishes forever.

An Excerpt from Claiming Sarah
“Do you ask out every woman you train at your gym? It just seems . . . fast.”

Cole stared at her for a long moment, and when he frowned, Sarah felt as if she’d somehow disappointed him.

“No, I don’t ask out every woman I train. Not even close. It’s been a long time since I’ve asked anyone out. And believe me, Sarah, I’m looking at you—and I like what I see. A lot. You’ve got an air of innocence about you that I find fascinating. You’ve had a tough life, but haven’t let it harden you. I respect you, and I . . . I’d like to get to know you better.”

She bit her lip and took a deep breath, but didn’t immediately protest, so he went on. “I have a feeling simply being around you will make me a better person.”

Sarah shook her head. “Don’t do that. Don’t put me on a pedestal. I’m not some paragon walking around sprinkling glitter throughout the world.”

Cole laughed. Threw his head back and laughed as if she’d said the funniest thing he’d ever heard.

Sarah tugged on her hand again, somewhat offended, but he still refused to let go.

When he got himself under control, he said, “I know you’re not perfect. You’re too trusting. You see the good in everyone, even when there isn’t any there. You probably neglect your own health in order to do something good for someone else.”

“You make me sound like an idiot,” Sarah grumbled, despite being secretly kind of flattered.

“You’re not an idiot. You’re refreshing. And I’m not. I’ve got more than my share of flaws that I’m sure you’ll discover sooner rather than later. But as I said, if you let me get to know you, go out on a few dates with me, I’m hoping you’ll find that you like me back . . . just a little.”

Sarah frowned. “I already like you, Cole, but I don’t understand you. You don’t know anything about me. I could totally be lying to you right now, and you just bought my lies hook, line, and sinker.”

He smiled again. “You’re not lying.”

“Because I’m an expert at reading body language. I’ve been around some bad people in my life, angel. You are who you say you are. What you see is what you get.”

Sarah licked her lips nervously, and his gaze immediately followed the movement.

Cole persisted. “Say you’ll go out with me, Sarah.”

“I thought I was here to figure out how to defend myself.”

“You are. And we’ll get to that. Agreeing to go out with me in no way affects whether or not I’ll teach you some basic moves that will allow you to get away from someone and get to safety.”

“But if I say no, things could get weird.”

“Then say yes,” Cole cajoled. “I swear you’ve got nothing to fear from me. I’ll even get references if that will make you feel safer.”

“It’s not that. I think I feel safer with you than anyone I’ve ever been around . . .” She
hesitated.

“I’m afraid once you get to know me, you’ll decide I’m annoying. Too much work or something. I work odd hours, weird shifts. And I looked you up online. I know about your friend and what happened to her. And about the Andersons. The last thing I want is my stalker getting upset when he sees us together—because he will—and taking out any anger on you and your friends.”

“Breathe, angel. Take a breath. Nothing is going to happen to them.”

“Fine. Then we’ll meet with Logan, Blake, Nathan, and Ryder, and make sure they know everything about this Owen guy. We’ll let them investigate and figure out what will make him back off. In the meantime, we’ll hang out at my place. Or here. Or your house. We won’t shove our relationship down Owen’s throat. We’ll be discreet. How’s that sound?”

Sarah could only gape at him. “How’d we go from me wanting some tips on protecting myself to having Ace Security investigating Owen and you and me hanging out at each other’s houses?”

He smiled at her again, but didn’t answer her question.

She took a deep breath and gave him the only answer she could. “Okay.”

He beamed. “Okay,” he said quietly. Then he finally let go of her hand and stood, before immediately reaching the same hand down to her again. “Time for your first lesson.”

Automatically, she reached up and let him help her off the floor. She wasn’t sure what she was expecting. A kiss to seal the deal. A hug. A discussion about when and where their first date would be. But so far, Cole hadn’t done anything the way she expected him to.

“First lesson for today will be how to get a guy to let go of your hand if he’s been holding on too long and you’re uncomfortable.”

Sarah knew he was referring to her feeble attempts to pull her hand out of his, and blushed. But he was right, this was something she should know. It would come in handy at the hospital too, just in case one of the patients or family members got a little too familiar, as they’d done in the past.

Concentrating on his instruction, she did her best to put her nerves about dating Cole behind her. 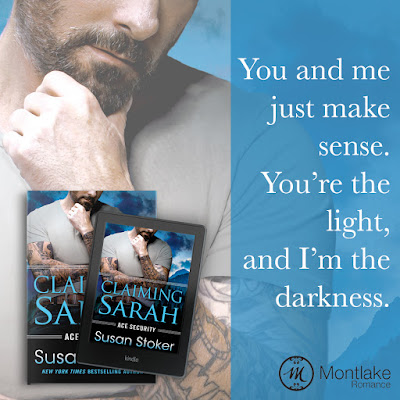 A Guest Post by Susan Stoker
Opposites Attract: When Cole Claims Sarah
In Claiming Sarah, Cole Johnson is co-owner of one of his town’s most popular gyms. He’s extremely busy since his partner, Felicity, is out of town. He makes an appointment to meet with Sarah Butler, to arrange for some self-defense training for her, but he almost loses his chance when she overhears him telling his secretary he’s too busy and to give her an excuse as to why he can’t meet her. The couple (obviously) works out that awkward first meeting and Sarah begins learning how to defend herself from a creepy man who keeps giving her inappropriate presents. Of course the more time Cole spends with Sarah, the more he likes her and they end up dating. When she disappears it’s up to Cole, and Ace Security, to put together the clues to find her before it’s too late.

Cole Johnson is a man who’s used to plowing through his day and when he needs or wants something, he simply gets it. Sarah Butler is more reserved. As a kid who didn’t feel wanted until she was finally adopted she was used to being in the background. Cole and Sarah complement each other perfectly. Cole is able to ferret out what Sarah wants and needs and he delivers. And in return Sarah keeps Cole grounded. She smooths out his jagged edges.

I think that’s how good relationships work, at least in my books. The Hero is there to protect and shield his woman from anyone or anything that might want to hurt her, and she’s there to keep him grounded and to support him. It seems to just work. 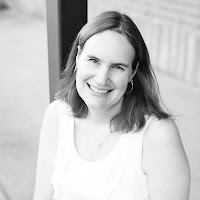 Married to a retired Army non-commissioned officer, Stoker has lived all over the country—from Missouri and California to Colorado and Texas—and currently lives under the big skies of Tennessee. She is a true believer in happily ever after and enjoys writing novels in which romance turns to love.