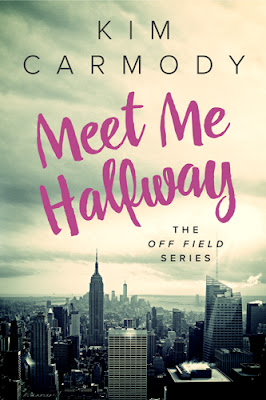 About Meet Me Halfway
An ambitious journalist on a fast track to success.
A round one draft pick determined to keep his personal life his own.
And a documentary that proves sometimes opposites really do attract.

Olivia Callahan is a woman on a mission. When she lands a career defining opportunity in the male-dominated world of sports journalism, she knows it’s make or break time. Olivia’s boss has given her the green light to produce her very own documentary, and she’s not going to let anything get in the way of perfection.

After a few setbacks in college, Nate Sullivan is finally on his way to the big leagues as the newest recruit for the New York Warriors. Determined to put his somewhat colorful past behind him, Nate’s all about the straight and narrow as he sets out to prove he’s worthy of the first round draft pick that’s caused so much debate from fans and media.

The last thing Nate wants is to delve into stories from his past. But when his new team directs him to set the record straight, he has no choice but to cooperate with the feisty, determined reporter who shows up on campus. Olivia is thrilled that Nate Sullivan is her man. His colorful background is just the thing to take her story from memorable to award winning.

What neither of them expected is their attraction to one another, yet try as they might, determination gives way to temptation eventually. As Nate battles to protect his privacy and Olivia fights to produce the story of her career, they must decide what they’re willing to give up in order to gain each other. 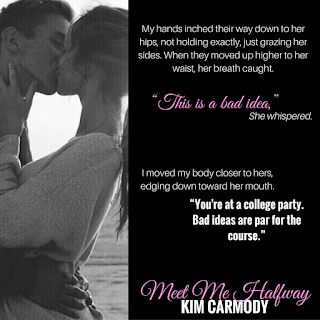 Read my four-starred review of Meet Me Halfway.

Add Meet Me Halfway on Goodreads. 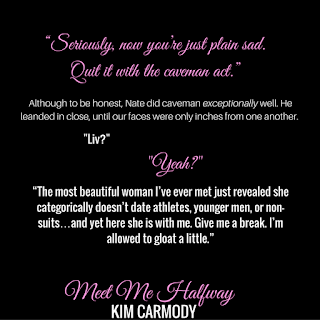 About the Off Field series
Lexington and 42nd (book one) 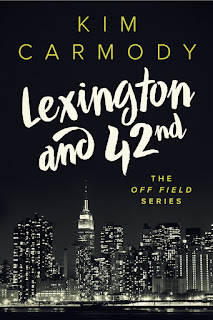 It was meant to be the job opportunity of a life time.
It turned out to be so much more…

At the age of twenty five, Emma Lexington takes off to New York on a once in a life time twelve-month job exchange with the New York Warriors. Determined to make the most of the opportunity, she prepares herself for life in the big apple—fast paced, exciting and a whole lot of fun. What she hasn’t prepare for though, is meeting him.

The charming Will Jensen is in the prime of his playing career. As the star quarterback for the Warriors, his carefree, football centric life is thrown into disarray when he meets Emma, the beautiful, easy going Australian girl who joins the Warriors staff.

Unwilling to throw her professional reputation away on a fling with the playboy quarterback, Emma turns down Will’s advances, even though she can’t deny the attraction she feels for him. Their pull toward one another grows, but it takes a near disaster for Emma to finally give Will a chance.

Getting together might have been hard, but figuring out how to stay together will prove even more challenging as Emma must decide between conflicting loyalties. 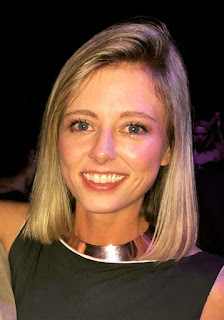 Kim Carmody lives in Australia with her husband, in a sunny little part of Melbourne that she never wants to leave. Except for frequent trips to New York, she is happy to leave at least once a year for those.

She holds a Masters in Commerce Marketing and while she spent her younger years training to become a professional dancer, she somehow ended up working in the sports industry, where she met her now husband. Never a participant or spectator of sport growing up (she was too busy flitting around in a tutu), she has grown to appreciate, if not love many sports and eventually found herself writing about them too.

As an avid book lover from the moment she was introduced to The Babysitters Club as a seven-year-old, Kim never expected to be able to call herself an author, but is beyond excited that she now can.

Meet Me Halfway is her second novel.