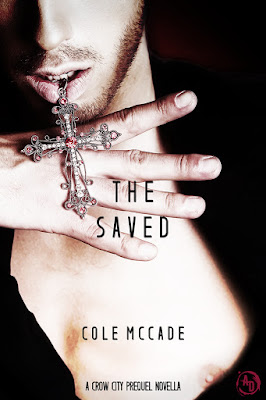 About The Saved
For it is the blood that maketh an atonement for the soul. – Leviticus 17:11

Before he was a mysterious, silent killer stalking the streets of Crow City, the strange man known as Priest (The Found, Crow City #2) was a lost and broken soul – and part of Willow Armitage’s world in ways she could never have imagined. Shattered by the Afghanistan War, left with no companions other than fellow survivor Gabriel Hart (The Lost, Crow City #1), ex-Marine Priest turns to his lost faith for answers when his life has lost all meaning…but in searching for his God, he finds a new religion. A religion of blood. Of pain.

And from that religion rises a mission to replace everything he had lost, to set right just a few of the small wrongs in the world…and to ease the constant bleeding of his broken heart, filled with sins without number.

Revisit Crow City and meet Priest as he was before the fateful night that brought him into Willow’s life…and reconnect with beloved names and faces as we discover what—and who—set him on his dark and merciless path.

Trigger Warning 18+: This story depicts scenes of graphic violence, as well as dealing extensively with the subject of PTSD in veterans. Contents may be triggering to some readers. 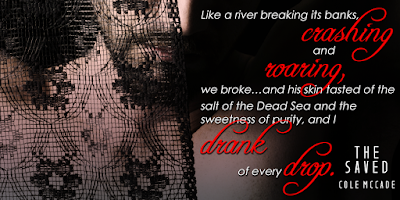 Add The Saved on Goodreads. 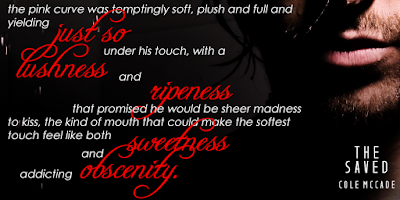 About the Crow City series 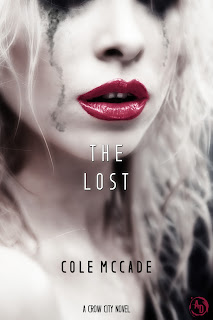 The Lost (book one)
There's something wrong with Leigh.

She's known it her whole life. She knows it every time she spreads her legs. Every time she begs for the pain, the pleasure, the heat of a hard man driving deep inside. She's a slave to her own twisted lusts--and it's eating her alive. She loves it. She craves it. Sex is her drug, and she's always chasing her next fix. But nothing can satisfy her addiction, not even the nameless men she uses and tosses aside. No one's ever given her what she truly needs.

Cold. Controlled. Impenetrable. Ex-Marine Gabriel Hart isn't the kind of man to come running when Leigh crooks her pretty little finger. She loathes him. She hungers for him. He's the only one who understands how broken she is, and just what it takes to satisfy the emptiness inside. But Gabriel won't settle for just one night. He wants to claim her, keep her, make her forever his. Together they are the lost, the ruined, the darkness at the heart of Crow City.

But Leigh has a darkness of her own. A predator stalking through her past--one she'll do anything to escape.

Even if it means running from the one man who could love her...and leaving behind something more precious to her than life itself.

Trigger Warning 18+: This book contains material that may be triggering or deeply disturbing to some readers, including scenes discussing or detailing rape, physical and emotional abuse, and incest. 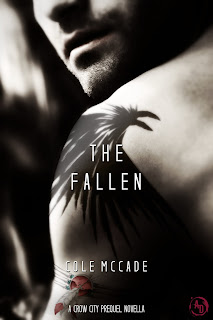 The Fallen (prequel novella)
Gabriel Hart is a broken man.

And everyone close to him dies.

His military unit. His sister. His parents. Everyone he's come to care for has been taken from him, leaving him with nothing but a crippling war injury, a Vicodin addiction, and a scraggly, chewed-up rag of a cat. It's enough to make anyone want to check out. And when he holds his service pistol in his hand and presses it against his temple, for the first time in a long time the world feels right.

But he's not as alone as he thinks. And when grizzled bar owner Gary challenges him to honor his sister's memory by repairing her houseboat before he gives up on life, he discovers she left more for him than her belongings. And her letters lead him on a trail through discovering himself, discovering what he truly wants...and discovering that he has the strength to choose his own path. 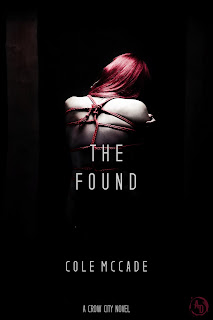 The Found (book two)
Witness to a murder. Kidnapped by a monster. Life hanging on a whim. Willow Armitage’s world was already falling apart; between getting fired and caring for her chronically ill father, she’s had little room for anything but survival. But that survival hangs in the balance the night she stumbles into a back alley – and watches a stranger die at the hands of the most beautiful man she’s ever seen.

Lethal. Powerful. Unstable. Terrifying. The contract killer known only as Priest is a dangerous unknown, and when Willow wakes tied to a chair in his hideout, the only thing she sees in his fox-gold eyes is death. Yet for Priest, Willow is a dilemma: an innocent, a saint among the sinners he cuts down in the streets of Crow City. His code of honor forbids shedding innocent blood. Releasing her will send her straight to the police. The only answer is a warped game, and his promise: that he will find the darkness inside her, expose it, and prove that deep down, everyone is just as monstrous as he…and just as worthy of death.

Yet he unearths not a monster, but a smoldering and secret desire – one that has always terrified Willow, and may be her undoing. His touch sets her alight. His strength burns through her like flame. And his control melts her each time he binds her virgin body, possesses her, teaches her the strength in weakness and the passion in submission. But that passion may be her damnation, and in the end Willow must choose: Priest’s love, or her own life.

When his every kiss is pure sin…can she resist damnation long enough for Priest to find his way to redemption? 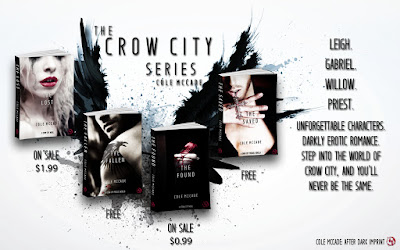 Goodreads
The Lost | The Fallen | The Found 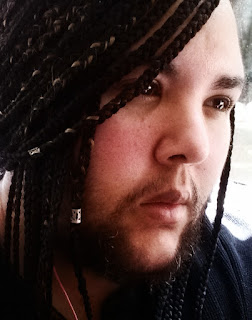 Cole McCade is a New Orleans-born Southern boy without the Southern accent, currently residing somewhere in Seattle. He spends his days as a suit-and-tie corporate consultant and business writer, and his nights writing contemporary romance and erotica that flirt with the edge of taboo—when he’s not being tackled by two hyperactive cats.

He also writes genre-bending science fiction and fantasy tinged with a touch of horror and flavored by the influences of his multiethnic, multicultural, multilingual background as Xen Sanders. He wavers between calling himself bisexual and calling himself queer, but no matter what word he uses he’s a staunch advocate of LGBTQIA representation and visibility in genre fiction. And while he spends more time than is healthy hiding in his writing cave instead of hanging around social media, you can generally find him in these usual haunts:

He’s recently launched the Speak Project, an online open-access platform where anyone can anonymously or openly share or read stories of abuse – a way for survivors to overcome the silencing tactics of abusers to speak out against what was done to them, and let other survivors know they’re not alone.

He also runs an advice column called Dammit, Cole, where he occasionally answers questions about everything from romance and dating to the culture of hypermasculinity, from the perspective of a male romance author.

Looking for more? You can get early access to cover reveals, blurbs, contests, and other exclusives by joining the McCade’s Marauders street team. 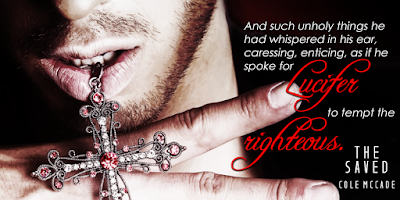