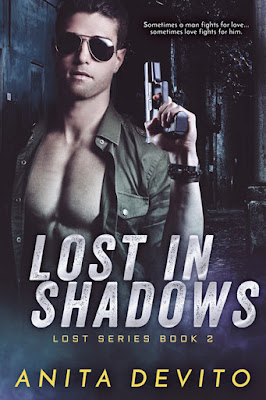 About Lost in Shadows
Private security entrepreneur Jeb McCormick is in over his head with his latest client. Not only is the painfully shy woman he’s meant to be protecting a total knock-out, she’s also his former Army buddy’s sister. Helping her find the reason why anyone would ransack her house is demanding enough, but keeping his hands off her is proving to be the real challenge.

Carolina Walker wants a quiet life, thank you very much. She left intrigue and deception behind in Washington D.C., never expecting it to follow her home to Bowling Green, Kentucky. When events happen that can’t be explained away, help arrives in the form of the very attractive and muscular Jebediah McCormick. But as the tension escalates between Jeb and Carolina, so does the danger facing them…

Each book in the Lost series is a standalone, full-length story that can be enjoyed out of order. 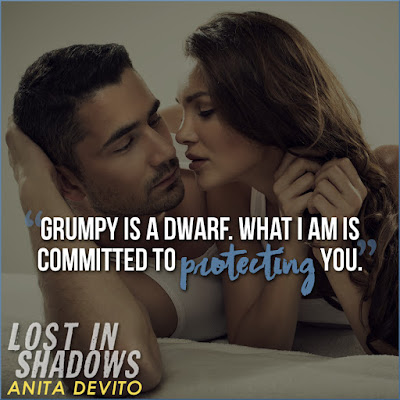 Add Lost in Shadows on Goodreads. 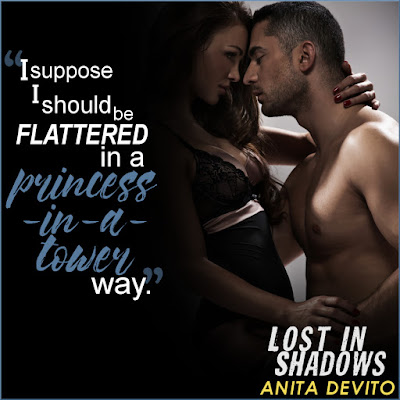 An Excerpt from Lost in Shadows
Carolina wished Jeb would come in. She rolled over and inhaled his scent off the pillow. He hadn’t slept on it for days and yet there he was. Feeling very brave in the dark of night, she kicked off the covers, stripped off his T-shirt, and pulled on the negligée she’d bought from that store at the mall. She opened the door and heard deep, exasperated sighs coming from the other end of the hallway.

Nerves warred with anticipation. Carolina had never been the aggressor, had never initiated a relationship. She didn’t know if she could do it or how to do it, but she was determined to try. She wanted Jeb McCormick and, damn it, she was going to let him know it.

If he didn’t want her back, well, she’d burn in the fires of humiliation. She’d been there, done that so many times she thought about buying a summer place. 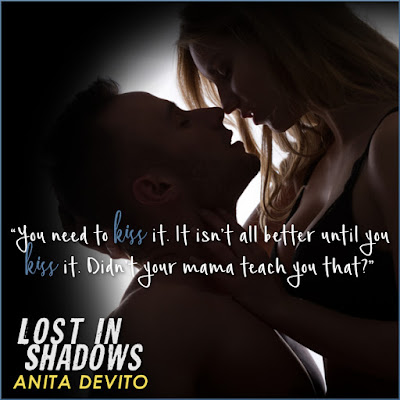 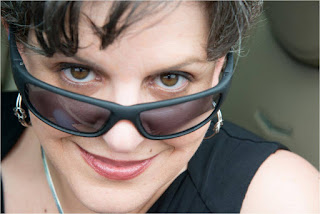 Anita DeVito’s rapid paced storytelling style pulls readers into a parallel universe where mystery, mayhem, murder are the order of the day. Her stories are an addictive diversion, trading the heavy, gray world of real life for a fantastically colorful world where bad is good, and cool is smoking hot.

Raised on America’s Rock Coast in Cleveland, Ohio, Anita was born while the river burned. Music, food and family shaped Anita’s life and provide much of the fodder for her stories. Her love of mysteries and puzzle solving came from her Grandpa John, who introduced Anita to her first detective hero–Nero Wolfe. Food was as central a character in Anita’s life as it was in Nero’s, where Sunday dinner at Nonna’s table was a command performance.

Anita DeVito has been writing scorching mysteries and suspense since 2006 with stories ranging on the heat index from a “nice spicy little pepper” to “pass a mop for my forehead, please.” Check out tastes of Anita’s stories and like her on Facebook.  Anita is a member of Sisters in Crime and Mystery Writers of America.