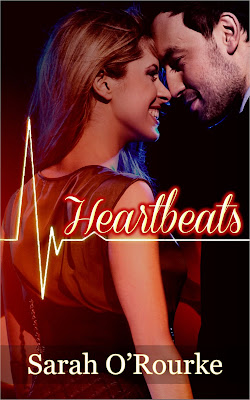 About Heartbeats
He’ll fight her every step of the way. She’s fighting because there is no other way to keep him alive.

Alpha FBI agent Matteo Cassano gives the orders. He is not accustomed at all to following them. The control-freak legend of the FBI could have any woman he wants, and often had in the past. But when he meets the amazing, younger Brenna Langley, he might have finally found the woman that could change his entire life.

Brenna Langley is professional, focused, and determined to move ahead in her career at the FBI. Having tried a few failed relationships, she had decided that romance would not be in the cards for her. That was, until Matt Cassano enters her orbit and she finds herself on a secret, covert mission to save the great man from himself.

But what happens when these two determined personalities clash and the change is more than either one of them bargained for? And when Matt’s health becomes an issue, can the fledgling relationship survive? 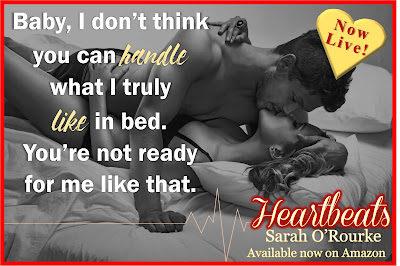 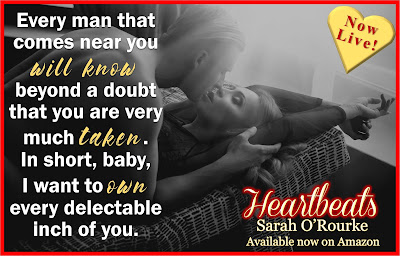 An Excerpt from Heartbeats
Brushing a lingering kiss to the center of her now exposed porcelain skin, he lifted his eyes to hers and smiled wolfishly. “I was just wondering if this couch is gonna provide enough room for me,” he replied as her ran two fingers down the center of her chest until they reached the clasp of her bra.

Her voice caught in her throat at his touch, and it was an effort to even get one word out. "Room to what, exactly?" she asked as her own fingers continued to release the buttons on his shirt. Feeling his lips moving against the fabric of her plain, serviceable lace bra, Bren finally freed that last button on his shirt, her sense of victory easily swallowed up in the sensations he was causing in her body. Burying her hands in the soft springy curls on his chest, she pushed the offending shirt off of his shoulders, her desire to see him too much to ignore. “Whatcha think you’re gonna do here, Cassano?”

Catching her eyes with his, Matteo grinned against her pale flesh. “Sweetheart, there’s no thinking to it. I’ve imagined what I want to do to you a thousand times in a thousand different ways. I know that I’m about to make those fantasies a reality.  I’m on the verge of devouring this beautiful body of yours. I’m just curious as to where you’d rather serve me that meal. Here or in a nice comfortable bed? I’m good either place,” he returned huskily a scant moment before his teeth captured her nipple through the material of her bra. Growling against her skin, he suddenly offered a great prayer of thanks to the brilliant genius who first imagined the possibilities of a bra with a front closing snap as his fingers quickly flicked open the clasp.

In one fell swoop, Bren felt her bra leave her body, the insubstantial material flying through the air. If she wasn't mistaken,  she heard it land somewhere on the linoleum in the kitchen, and at some point later on she needed to remember to congratulate him on the distance he’d achieved. At this exact moment, however, that was the last thought on her mind as his wonderfully warm mouth suddenly found her waiting breast, engulfing it quickly in the fiery heat of his mouth. 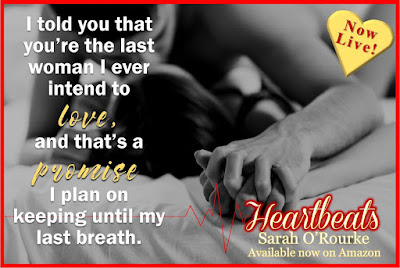 About Sarah O'Rourke
Sarah O'Rourke is the alter ego of two best friends who bonded over their passion for romantic fiction and erotica. Born and raised in the southern United States, one lives near Louisville, Kentucky, while the other resides in Atlanta, Georgia.  Formerly an accountant and a chemist, they are now overworked, stay-at-home moms who adore their children, their husbands...and writing about love in every way possible.

Inspired by their dog-eared copies of Gone with the Wind and their almost warped DVDs of Steel Magnolias, they love to write wildly intense romantic/erotica stories that have multiple characters, but they focus on one couple that will ALWAYS have a happy ending…eventually!