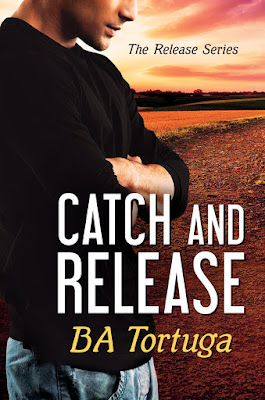 About Catch and Release
Dakota Landry just got out of prison after twelve years. If anyone can understand how that feels, it’s his new friend, Sage, who is determined to help him get used to life on the outside—and believes Dakota didn’t commit the crime he was in for.

Jayden Wilson is a former prosecutor who agrees to look into the case at the request of Sage’s lover, Adam. He sets out to prove Dakota is just another “innocent” ex-con, but once they meet, Jayden is more and more convinced Dakota just didn’t do what everyone thinks he did.

Trouble follows Dakota, and nothing is easy as he struggles to figure out how to live, now that he has choices. And Jayden isn’t sure how Dakota, or any lover for that matter, fits into his life. Their path from friendship to romance is a slow one, but Dakota begins to believe he deserves a chance at life, and Jayden falls a little more for Dakota every day. Now they just need to tell each other how they feel.

Add Catch and Release on Goodreads.

An Excerpt from Catch and Release
“One wallet with six dollars and eighty-three cents. One pair of jeans, T-shirt, pair of boots. Belt with buckle. Sign here.” The paper bag was shoved over to him, and Dakota Landry scratched his signature on the paper, his hand shaking harder than he wanted to admit.

One wallet with six dollars and eighty-three cents.

One pair of Wranglers.

Dakota sighed and rolled his shoulders. The Unitarians had donated a gently worn pair of tennis shoes, a button-down from the Walmart, and a pair of new jeans, which hung on his scrawny ass like a bad costume. They were what he had, though. He’d lost seventy pounds since he was twenty, and he read way more bull rider than bulldogger these days.

The rest of the processing flew by, and he walked out of the gate half an hour later, blinking at the late-afternoon sun. He was gonna puke.

He had a suitcase of his shit from his cell and this paper sack and….

A white pickup pulled up, the window rolling down to expose this weathered face peering out from under a straw brim. “You Landry?”

“Yessir.” He braced himself, waiting for a barrel to appear from the window. God hated him, he had no doubt, and it would be just like the evil bastard to have one of the McCarthys come to shoot him as soon as he walked outside as a free man.

It wasn’t a pistol that appeared, though. It was a gnarled cowboy hand. “Sage. Sage Redding. You want a ride, man?”

A lump lodged in his throat. Sage. Okay, he knew this guy from letters and the occasional call. When he knew he was getting out, he’d been assigned… what? Sage was no counselor. He was a godsend, though. “I do, yeah.”

“Please.” He climbed up into the truck, breathing in the smell of horseshit and Old Spice and hay, and suddenly he was thirteen again and had a whole summer in front of him and all these dreams and….

“Hey.” The word was short and sharp, dragging his attention right to Sage’s face. “Stay here. Stay with me, man. You start thinking and the fucking world goes straight to shit.”

“We’ll go to the next town over, and we’ll grab some burgers and a Coke. You ain’t a vegetarian, are you?”

“I’m pretty fucking sure they put all of them in minimum security.”

Sage hooted, the sound natural as breathing. “I bet so.”

“Thanks. I didn’t expect….” He hadn’t known what to expect. He had the numbers for the Salvation Army and a halfway house, neither of which he intended to call.

Manslaughter, Sage had said, and the man never once claimed to be innocent. But he was out and living on a ranch, doing his parole and writing prisoners in this exchange deal. Dakota wasn’t sure what the fuck Sage got out of it, but it looked good to the parole board, and to his credit, Sage had written a letter to them.

Sorta like the murderers speaking for the rapists. Whoopdi-fucking-doo. 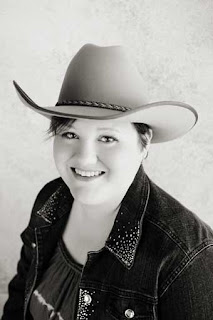 Texan to the bone and an unrepentant Daddy’s Girl, BA Tortuga spends her days with her basset hounds and her beloved wife, texting her sisters, and eating Mexican food. When she’s not doing that, she’s writing. She spends her days off watching rodeo, knitting and surfing Pinterest in the name of research. BA’s personal saviors include her wife, Julia Talbot, her best friend, Sean Michael, and coffee. Lots of coffee. Really good coffee.

Having written everything from fist-fighting rednecks to hard-core cowboys to werewolves, BA does her damnedest to tell the stories of her heart, which was raised in Northeast Texas, but has heard the call of the high desert and lives in the Sandias. With books ranging from hard-hitting GLBT romance, to fiery menages, to the most traditional of love stories, BA refuses to be pigeon-holed by anyone but the voices in her head.

When I was writing Catch and Release, I was faced with a unique challenge. You see, Dakota’s been in jail for a dozen years, so, while he’s heard of different things, he had no ideas about the practicality of them.

At first I thought, okay, twelve years, that’s not all that long. How different could it be?

Let’s just think for a second.

Laptops were EXPENSIVE. Cheap bare-bones laptops were $800. Bluetooth was a new baby. iPods were the size of cigarette packs and they were the only real music player on the market.

Smart phones? Not even a thing.

Here’s one – I looked at a tech article in Forbes from 2004 and one of the headlines read: You may have heard of web logs, also known as blogs.

A 42-inch television? $4000 US. Media was mourning the death of TiVo and wondering about this new-fangled thing called Facebook. Blu-ray? Nope.

When Dakota went to prison, Fraiser was still on the air and Donald Trump was beginning his reality show career.

You leave the world one day and twelve years later you’re thrown into the world again with no appreciable skill.

I have goosebumps. Seriously.

Thank God Dakota had Sage Redding waiting for him to help him figure out what the hell to do next.

By contrast, Jayden Wilson is a lawyer and a techno-whore. Seriously. He lives on the very edge of tech. If it’s new, he needs it.

He can’t imagine life without his email at his fingertips, without unlimited data and streaming, without ALL THE CHANNELS.

More than that, he can’t imagine Dakota and when they meet, all he can do is try and catch up because as worldly as Jayden is? Dakota has a lot to teach about love and about surviving to a man that will listen. 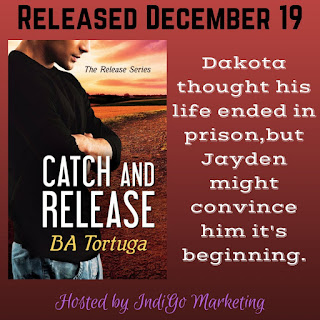