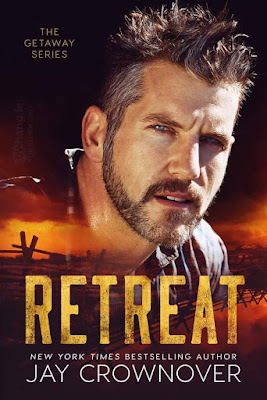 About Retreat
Every once in a while, you need to get away from it all.

I was a woman on the edge, shaken and shattered after a breakup that felt like it tore my entire world apart.

My best friend, sick of watching me drown in misery and melancholy, harassed me until I agreed to go with her on a week-long wilderness retreat.

She promised days spent bonding and getting in touch with our inner badasses. It was supposed to be all about the two of us roughing it and making do with the bare minimum. She assured me we were going to be pushed to our limits in ways that were unimaginable. Neither one of us could have ever guessed just how right she was.

Nowhere in the glossy brochure did it say anything about the fact I was going to have to battle the insufferable but deliciously rugged and sexy trail guide instead of the elements. The brochure also forgot to mention the part that warned when you left civilization behind, there was no place to pack your inhibitions and fears.

I was told that I would be facing a week where the only thing I should expect was the unexpected. However, no one mentioned that I was going to have to fight for my life…and my heart as soon as I ventured into the unknown.

I was a pro at hiding from my feelings but when it came time to face a real threat, one that could change everything, I learned I was more of a no surrender, no retreat kind of girl.

Retreat is a standalone novel, the first in the Getaway series which centers on the hardheaded and brokenhearted Warner brothers and the women that dare to love them.

These boys are very good at putting the wild in wilderness. 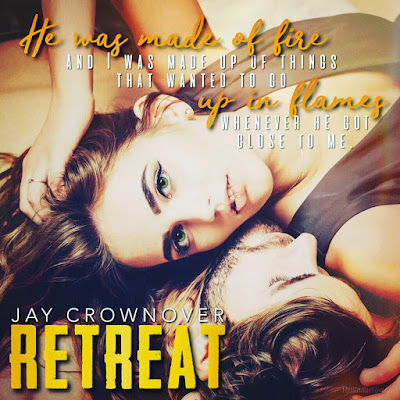 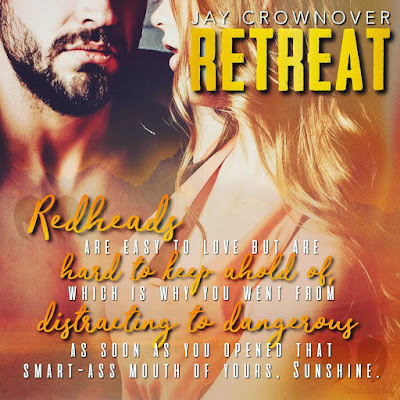 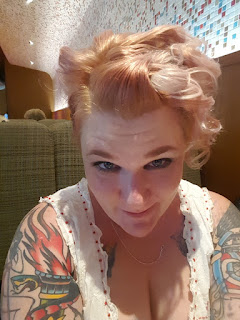 Jay Crownover is the international and multiple New York Times and USA Today bestselling author of the Marked Men series, the Saints of Denver series, The Point, and Breaking Point series. Her books can be found translated in many different languages all around the world.

She is a tattooed, crazy-haired Colorado native who lives at the base of the Rockies with her awesome dogs. This is where she can frequently be found enjoying a cold beer and Taco Tuesdays, as well as live music and terrible TV shows. Jay is a self-declared music snob and outspoken book lover who is always looking for her next adventure, between the pages and on the road.