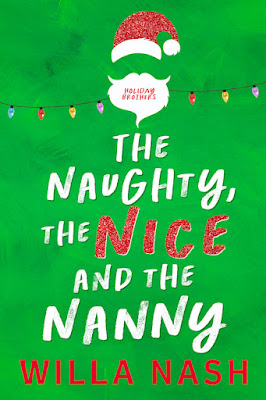 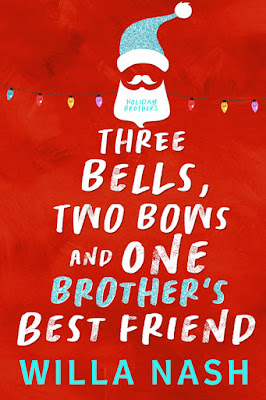 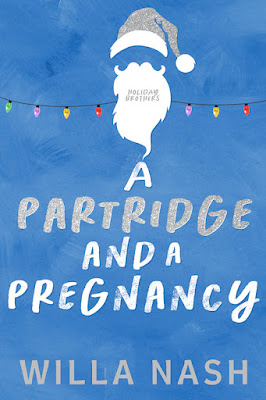 The Naughty, the Nice and the Nanny (book one)
One week with one little girl—an angel, according to my staffing agency. Acting as the short-term nanny for a single dad should have been an easy way to make some extra cash. Until I show up for my first day and face off with a demon disguised as a seven-year-old girl wearing a red tutu and matching glitter slippers.
Oh, and her father? My temporary boss? Maddox Holiday. The same Maddox Holiday I crushed on in high school. The same Maddox Holiday who didn’t even know I existed. And the same Maddox Holiday who hasn’t set foot in Montana for years because he’s been too busy running his billionaire empire.
Enduring seven days is going to feel like scaling the Himalayas in six-inch heels. Toss in the Holiday family’s annual soiree, and Christmas Eve nightmares really do come true. But I can do anything for a week, especially for this paycheck, even if it means wrangling the naughty, impressing the nice, and playing the nanny. 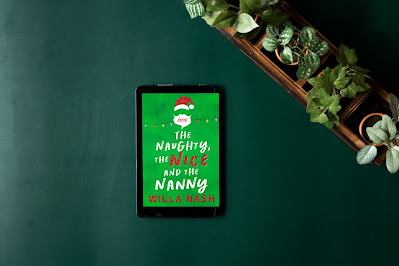 Three Bells, Two Bows and One Brother's Best Friend (book two)
I pride myself in being grounded. Sure, I’ve had my share of childhood fantasies. Winning an Oscar. Winning the lottery. Winning an Olympic medal for an athletic talent I have yet to discover. But the only fantasy I ever thought might actually happen was winning my brother’s best friend.
Heath Holiday.
My crush on him has ebbed and flowed over the years, but the day I started working for his construction company was the day I smothered it for good. Sort of. Mostly. It was on my to-do list. Making it a priority would have been easier had he not arrived at his family’s annual Christmas party looking ridiculously handsome in a suit.
Then he kissed me. We stepped into an alternate universe and he kissed me. I assumed the next day I’d just be Guy’s little sister again. The office newbie. Our kiss forgotten. Except he keeps showing up at my house. With gifts.
A gold bracelet carrying three jingling bells. Two dainty jeweled earrings, each shaped as a bow. And finally, he brought himself.
One brother’s best friend, asking if I can keep a secret. 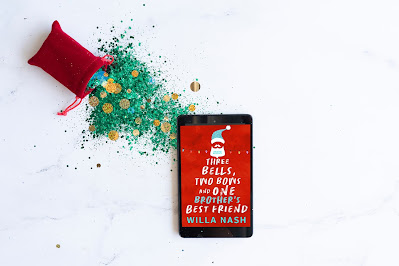 A Partridge and a Pregnancy (book three)
There are a lot of places I’d rather spend Christmas Eve morning than on a cold, snowy sidewalk outside someone else’s home. I’d kill to be sitting beside a fireplace, drinking cocoa, wearing flannel pajamas and reading a book.
Instead, I’m here, standing in front of my one-night stand’s house, working up the courage to ring the doorbell and tell him I’m pregnant.
I hate that term—one-night stand. It sounds so cheap and sleezy. Tobias Holiday is neither of those things. He’s handsome and caring. Witty and charismatic. And once, a long time ago, he was mine.
Our one-night reunion was only supposed to be a hookup. A fling with an old lover. A parting farewell before I moved to London and put my feelings for him an ocean away. How exactly am I supposed to explain that to Tobias that I’m having a baby? His baby? Maybe I could sing it. He always loved the silly songs I made up in the shower.
Three French hens, two turtle doves.
And a partridge and a pregnancy. 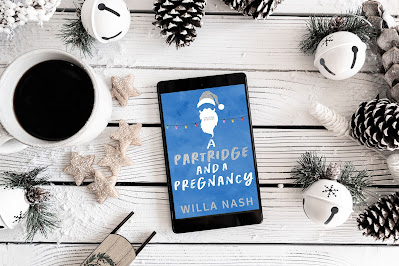 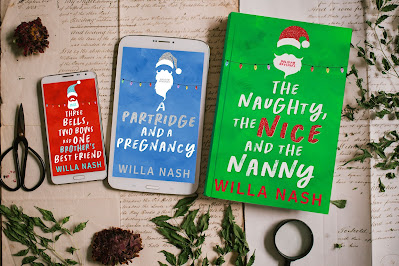 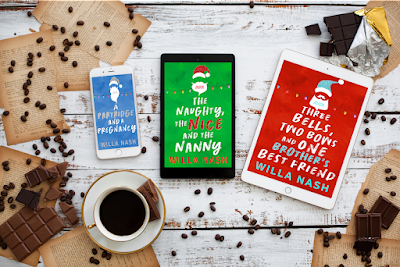 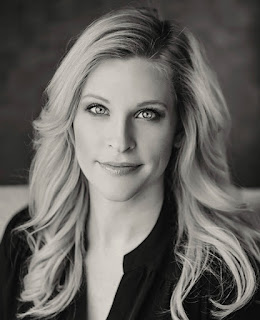 Lover of Swedish Fish, hater of laundry, she lives in Washington State with her husband and two sons. She was born and raised in Montana and has a passion for writing books in the state she calls home. Connect with her on social media. 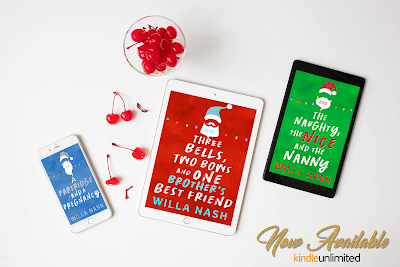