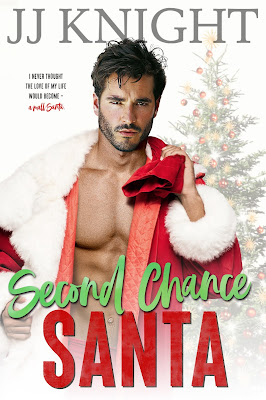 Second Chance Santa
by JJ Knight
Date Released: November 15, 2021
About Second Chance Santa
What has happened to Mack McAllister?
We were law school rivals.
Absolutely insane in bed.
Our two-year fling ended when we graduated.
He had his ambitions. I had mine.
We were going to slay the competition.
Now he’s sleighing it?
When I stalk him at Riverside Mall, he looks like Santa in every way. White beard. Rosy cheeks. Kid on his knee.
But I know better. That bowl full of jelly is hiding ripped abs.
I’ve been inside that suit.
Something’s happened to the Mack I knew ten years ago.
I don’t know how he feels about me now, but there’s only one way to find out.
Get in there and jingle those bells.
Second Chance Santa is a holiday romantic comedy about the one who got away, the perils of resting Grinch face, and all the delicious ways to unwrap a candy cane. 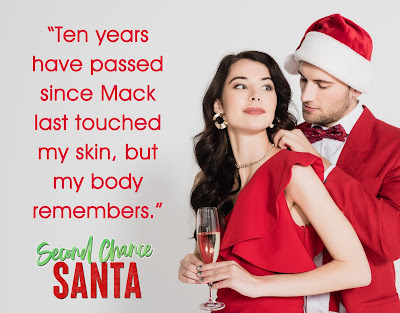 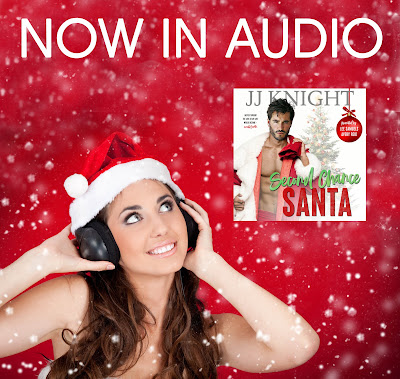 An Excerpt from Second Chance Santa
Rory’s tone is tough as she says, “It’s been a long time since I saw you last.” She pokes my belly pillow. “You’ve gone soft.”
“Maybe I’ve had a lot of milk and cookies lately.”
She shakes her head. “I never thought I’d see you like this.”
“Like what?”
“You were the best of the best! What happened?”
“You act like being Santa is the worst thing that I could do.”
She hesitates. My mind floods with images of her from a decade ago. Tousled hair in the morning. Sleeping in my bed. I’m not sure I ever got over her. “Are you in town long?” I ask.
“I live here.”
I control my expression. Rory’s back in L.A. and I didn’t even know. I used to know everything about her, including the exact spot that made her scream. I swear it’s the memories talking when I hear my own treacherous voice say, “Meet me this weekend.”
Rory’s about to answer when a sharp-eared kid yells, “What about Mrs. Claus?”
I don’t even hesitate. “She wants to see my North Pole,” I call out, enjoying the snort-laugh I get out of Rory.
The kids chorus, “Show her! Show her!”
Rory is losing it. She keeps trying to straighten her expression, but she can’t hold it. “You’re terrible,” she squeaks out.
“Same as I always was.” I lean close to her ear. “By the way, there is no Mrs. Claus.” 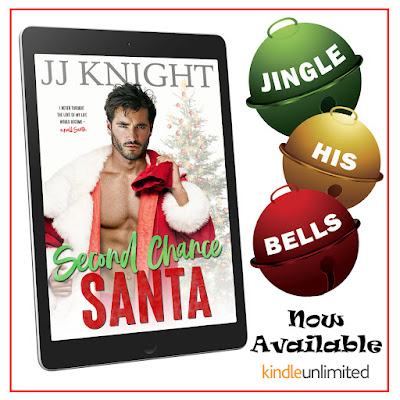 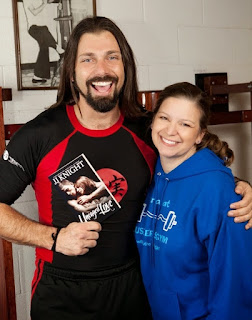