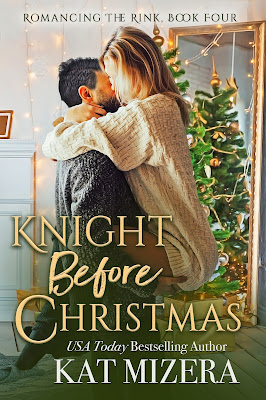 Knight Before Christmas
(Romancing the Rink #4)
by Kat Mizera
Release Date: November 16, 2021
About Knight Before Christmas
Retired hockey star Remington Knight is back on top... and he intends to stay that way.
After having everything, losing it all and then getting it back, his only focus is preparing for the inaugural season of his new professional hockey team. Taking a detour to the quaint little town of Garland Grove, British Columbia where Remy just inherited an ice arena he didn’t even know his father owned, is a distraction he can’t afford right now. The plan is simple... get in, hire a realtor, and get the hell out before Christmas.
Bad luck follows Noelle Burrier around like a lost puppy. She’s barely getting by, living in her car and working a dead-end job at the concession stand of the local hockey rink. When the arena’s hotshot new owner comes in ready to sell, she finds herself on thin ice, desperate to make him see more than dollar signs.
The more time they spend together, the harder it is to keep their distance and deny the fire building between them. With Remy just passing through, and Noelle stuck where she is, will they find the magic of Christmas together or will her knight in shining armor skate off into the sunset, leaving her alone in the cold? 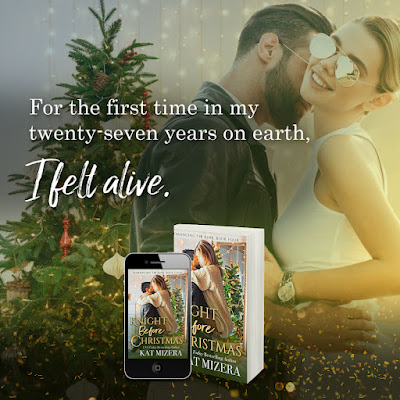 Add Knight Before Christmas on Goodreads.

Learn more about the Romancing the Rink series on Elle Woods PR. 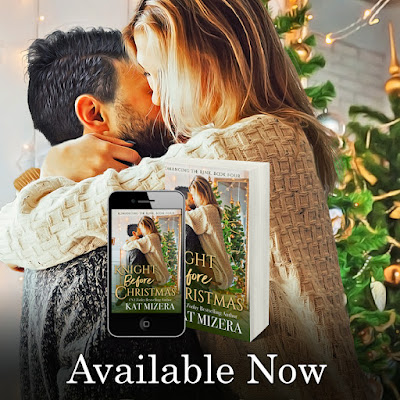 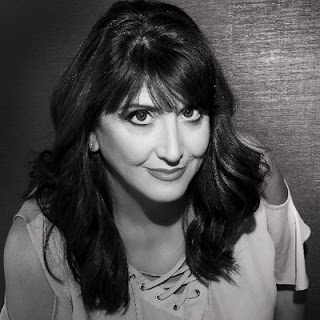 USA Today bestselling author and award-winning author Kat Mizera is a South Florida native. Born in Miami Beach with a healthy dose of wanderlust, she's called Los Angeles, Long Island, upstate New York, Massachusetts, New Hampshire and Atlanta home. She's never been able to pick which locale is her favorite, but if pressed, she'd probably choose the west coast.
A typical PTA mom with a wonderful and supportive husband (Kevin) and two amazing boys (Nick and Max), Kat can usually be found scrapbooking or indulging in her second love (after writing)—traveling. Greece is one of her favorite places in the world. She loves that Athens is a big city with a small-town feel. The food, beaches and culture keep her going back as often as possible.
Kat's been a working freelance writer for nearly 30 years. She sold her first article—a review of a rock concert—for $10 in 1985. Since then she's been an entertainment journalist, waitress, bartender, legal assistant, food critic, magazine editor, substitute teacher, and sports writer. She also spent some time working at A & M Records in Los Angeles.
As you can guess from her Las Vegas Sidewinders series, Kat loves hockey and occasionally writes articles about her favorite team, the Florida Panthers. The rest of the time, she writes novels: sexy, romantic fiction that she hopes makes you as happy as it makes her. There's something enticing about hockey players and romance...
Connect with Kat
Website | Facebook | Facebook Group | Twitter | Instagram | Pinterest | Goodreads | BookBub