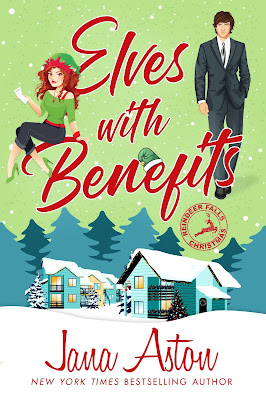 Elves with Benefits
(Reindeer Falls #4)
by Jana Aston
Release Date: November 4, 2021
About Elves with Benefits
My name is Ryan Sheppard and I don’t care about Christmas. I’m only returning to my over-the-top Christmas-themed hometown to sell the house I inherited from my late uncle so I can get back to the city and the promotion I’m chasing at work.
Unfortunately, there’s a flaw in my plan.
Because according to the town Christmas cop, there’s a moratorium on selling houses during December. She says it’s bad for the aesthetic. She’s also slapping an alarming number of tickets on my front door. For being in violation of holiday décor. And I swear on Rudolph himself, one is for ‘unsportsmanlike Christmassing.’
To top it all off, this Christmas cop looks like a red-headed elf.
A sexy red-headed elf… 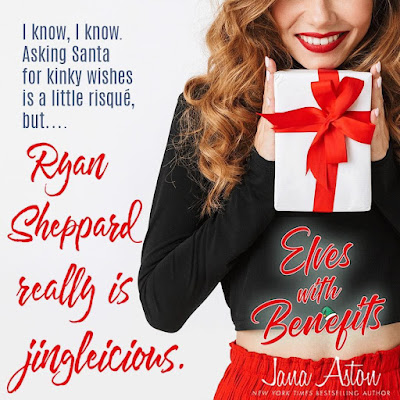 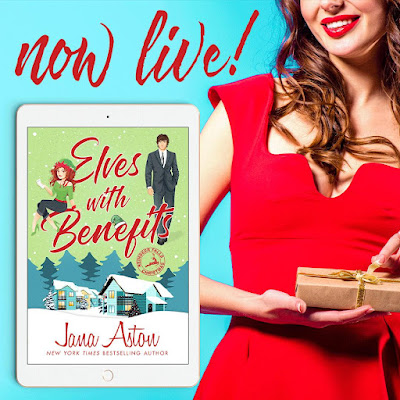 About Jana Aston
Jana Aston likes cats, big coffee cups and books about billionaires who deflower virgins. She wrote her debut novel while fielding customer service calls about electrical bills, and she's ever grateful for the fictional gynecologist in Wrong that readers embraced so much she was able to make working in her pajamas a reality.
Jana’s novels have appeared on the New York Times, USA Today and Wall Street Journal bestseller lists, some multiple times. She likes multiples.
Connect with Jana
Website | Facebook | Facebook Group | Twitter | Instagram | Goodreads | BookBub | Amazon | Society 6 | Newsletter 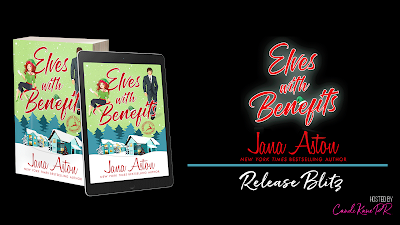