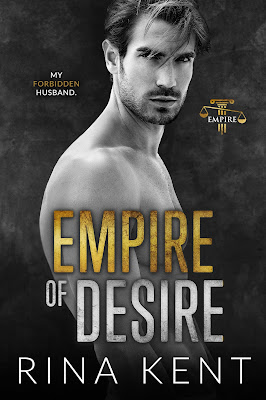 Empire of Desire
(Empire #1)
by Rina Kent
Date Released: November 4, 2021
About Empire of Desire
My forbidden husband.
I kissed my father’s best friend and it kind of didn’t go well.
Not only because he’s eighteen years older than me—but he also didn’t like it.
Not one bit.
In my defense, I didn’t mean to fall for him. It just happened.
Nathaniel Weaver is the most attractive man I’ve ever seen with enough charisma to blind the sun.
He’s bigger than the world, owns half of it and conquered the other half.
He was forbidden.
Wrong.
So I totally got over him. Or so I told myself.
Until we’re forced to get married.
Now I’m trapped.
But maybe he’s trapped too.
Because we’re both reaching for that forbidden fruit dangling between us.
Empire of Desire is a complete STANDALONE. No other books should be read prior to this. 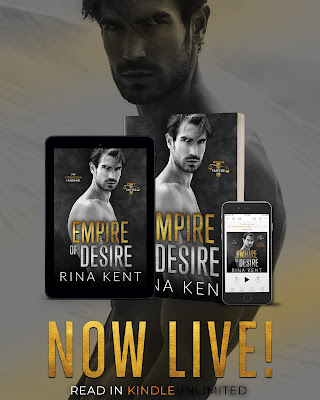 Rina Kent is an international bestselling author of everything enemies to lovers romance. Darkness is her playground, suspense is her best friend, and twists are her brain’s food. However, she likes to think she’s a romantic at heart in some way, so don’t kill her hopes just yet.
Her heroes are anti-heroes and villains because she was always the weirdo who fell in love with the guys no one roots for. Her books are sprinkled with a touch of mystery, a healthy dose of angst, a pinch of violence, and lots of intense passion.
Rina spends her private days in a peaceful town in North Africa daydreaming about the next plot idea or laughing like an evil mastermind when those ideas come together.
Connect with Rina
Website | Facebook | Facebook Group | Twitter | Instagram
Pinterest | TikTok | Goodreads | BookBub | Amazon | Newsletter 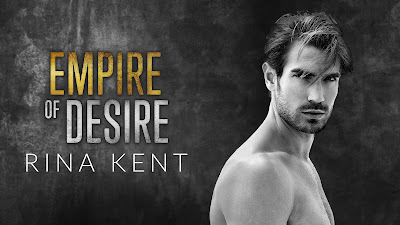