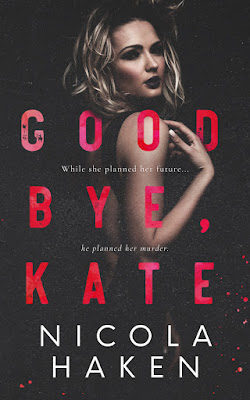 About Goodbye, Kate
Crime families and mob wars only exist in the movies. Betrayal. Violence. Murder. They don’t happen to ordinary people.

For Lincoln Hollis, this is his world, and there isn’t a clapperboard in sight. A trained killer and advocate of justice, he’s been sent to unravel the neat little bow tied around Kate Fletcher’s perfect life, exposing her to the brutal truths she’s been so meticulously shielded from, before delivering the ultimate punishment for her family’s sins.

There’s just one problem. They’re his family’s sins, too, and he must make a choice.

Who will he say goodbye to first? 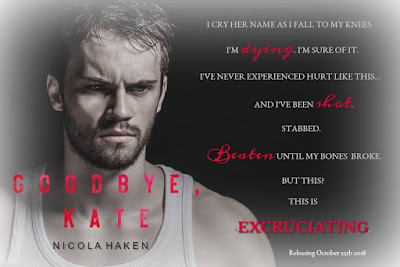 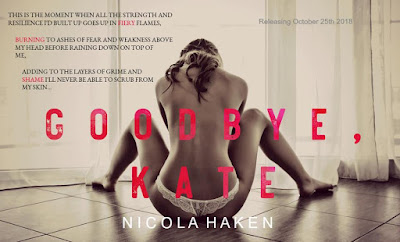 About Nicola Haken
Nicola Haken lives in Rochdale, England with her husband and four children. She is the author of multi-genre romance, including the Amazon international bestseller, Broken.

When she is not busy playing with her imaginary friends (or talking about them with real life friends) she can usually be found carrying out her ordinary mum/housewife/all-round-slave duties, bingeing on boxsets, drinking too much Pepsi Max, or fussing over her menagerie of pets. Oh, and if the kids ever ask, she moonlights as the Pink Power Ranger while they're sleeping…