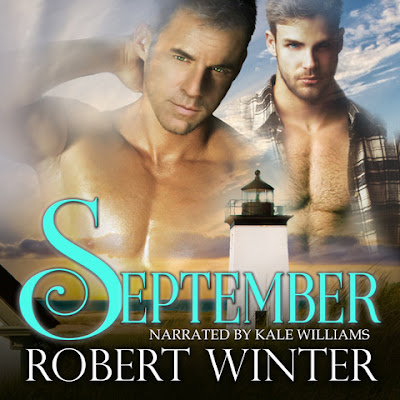 David James is smart, successful, handsome… and alone. After the death of his lover, Kyle, from cancer, he buried himself in his law practice and the gym. At forty-eight, he is haunted by his memories and walled off from the world. When David injures himself working out, he’s assigned to Brandon Smith for physical therapy. The vibrant young therapist is attracted to David and realizes he needs a hand to get back into dating. What begins as a practice coffee date escalates to friendship, passion, and maybe something more, as they navigate a new relationship in Washington, DC, and the gay mecca of Provincetown. 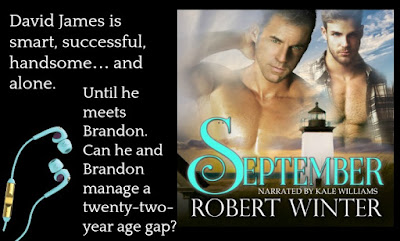 An Audio Clip from September

About Robert Winter
Robert Winter lives and writes in Provincetown. He is a recovering lawyer who prefers writing about hot men in love much more than drafting a legal brief. He left behind the (allegedly) glamorous world of an international law firm to sit in his home office and dream up ways to torment his characters until they realize they are perfect for each other. When he isn’t writing, Robert likes to cook Indian food and explore new restaurants.