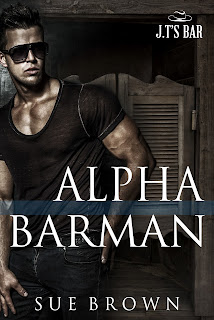 Jacob Tyler's life changed forever after his younger sister's murder. Not only did he lose her, but he lost his best friend Riley Ward, who just happened to also be his brother-in-law and the same person now sitting in prison for his sister's death. Leaving the team that he considered family was something he simply needed to do, but that also meant leaving behind his team leader and his lover, Mitch Mitchelson. He left without a word to anyone except his boss, burying his old life as JT, requesting that his new location and other information simply remain undisclosed.

Two years later, Jake Tyler is slinging drinks for his patrons in JT's Bar, which he co-owns, when in walks his old team, including Mitch. Jake is torn between wanting to pull them all in for a hug and wanting push them out of the bar. But Mitch and the guys are there for a reason--Riley has escaped and is almost certainly headed Jake's way. They've flown from Virginia to Wyoming to protect him, but being in close proximity to the man he still loves isn't easy. With a convicted killer on the loose, will Jake and Mitch ever have the chance to clear the air or is it too late?

Alpha Barman is my first Sue Brown read and it was a great introduction to her writing! This is the first in her JT's Bar series and it's a second chance love story told in the midst of a suspense thriller tale. Jake and Mitch were very much in love but the murder of Jake's sister forced Jake to make a life choice that affected not just him but Mitch and the team that they were all part of. The story has romance, action, and suspense and it all melds together quite well, without one aspect being too overwhelming or underwhelming, which made for a very enjoyable read.

There's more than one twist in this story, one of which I guessed a few chapters in but was thrown off-guard by another one. I liked that Jake and Mitch didn't jump into each other's arms the minute they saw each other again because it's that awkwardness and hesitance that made it far more compelling, making me want to see how everything will play out. The side romance between two of Jake's friends had me raising an eyebrow because of how fast it all seemed, but other than that, I really loved Alpha Barman--even with a cliffhanger ending! 4.5 stars. ♥