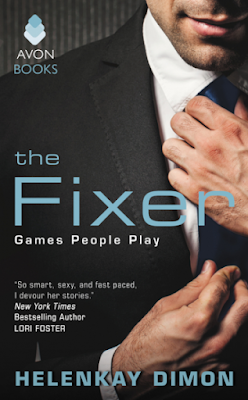 About The Fixer
He’s known only as Wren. A wealthy, dangerously secretive man, he specializes in making problems disappear. A professional fixer, Wren hides a dark past, but his privacy is shattered when Emery Finn seeks him out—and what she wants from him is very personal.

Some people disappear against their will. Emery’s job is to find them and bring closure. Wren is the only person who can help solve Emery’s own personal mystery: the long-ago disappearance of her cousin. Just tracking down the sexy, brooding Wren is difficult enough. Resisting her body’s response to him will prove completely impossible.

Anonymity is essential to Wren’s success, yet drawn by Emery’s loyalty and sensuality, he’s pulled out of the shadows. But her digging is getting noticed by the wrong people. And as the clues start to point to someone terrifyingly close, Wren will have to put his haunted past aside to protect the woman he loves.

Read my four-starred review of The Fixer.

Add The Fixer on Goodreads. 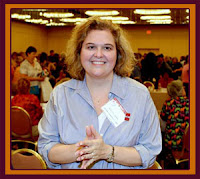 HelenKay Dimon spent the years before becoming a romance author as a...divorce attorney. Not the usual transition, she knows. Good news is she now writes full time and is much happier. She has sold over forty novels and novellas to numerous publishers, including HarperCollins, Kensington, Harlequin, Penguin Random House, Riptide and Carina Press. Her nationally bestselling and award-winning books have been showcased in numerous venues and her books have twice been named "Red-Hot Reads" and excerpted in Cosmopolitan magazine. She is on the Board of Directors of the Romance Writers of America and teaches fiction writing at UC San Diego and MiraCosta College.