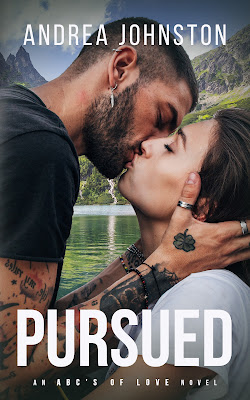 Pursued
(ABCs of Love #16)
by Andrea Johnston
Release Date: July 21, 2022
About Pursued
Fairytales tell us monsters are big scary creatures that hide in the shadows. Life isn’t a fairytale, and neither are the monsters. In my story, the evildoer hides behind a screen to torment me.
When his interest escalates from messages to threats, the only way I can stay safe is to leave my life in the city and seek safety in a small mountain town. What I didn’t expect to find in Starlight Ridge is a police officer I’ve met before.
It isn’t the change in Gage Castillo’s appearance alone that has me curious. There is something in his eyes that tells me he too is seeking solace. Unlike me, I don’t think it’s a man after him but a memory.
Having Gage nearby dims the feeling of being pursued. For the first time, I am able to live my life in love and not fear. I am determined to live in my bubble of happiness … so long as my stalker doesn’t find me.
Pursued is a complete stand-alone in the ABCs of Love series where one author a week will deliver a brand-new story for you to rediscover your ABCs. 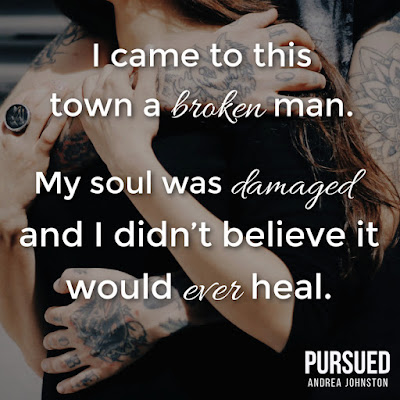 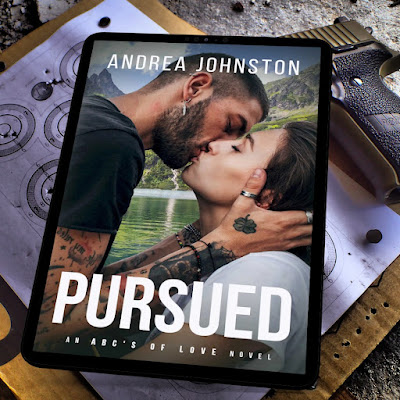 About Andrea Johnston
A romantic at heart, Andrea Johnston has always been a storyteller. An avid reader since a young age, she never planned to pen her own romance novel but on a whim and with no plan, she discovered her passion.
Known for her slow burn small town romances, Andrea prides herself on writing relatable characters that the reader cheers for and secondary characters who bring the sass and laughs to each story.
Settled in the Pacific Northwest with her husband and dog, she counts down the days when her adult children come home for a visit—even if that means she's doing extra laundry.
Connect with Andrea
Website | Facebook | Facebook Group | Twitter | Instagram | Goodreads | BookBub | Amazon 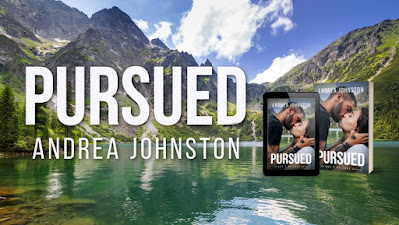