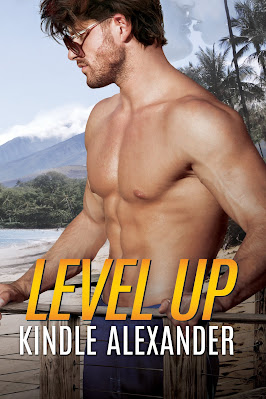 Level Up
(Reigns Brothers #2)
by Kindle Alexander
Date Released: July 12, 2022
About Level Up
Duncan “Ducky” Reigns, metalhead and hardcore gamer, has spent his life railing against the establishment. But now when he looks at himself in the mirror that’s not the person he sees. Though he and his brother have worked hard to create a successful multi-million-dollar company, he’s lost himself and his identity in the process.
Chad Reeves, successful in his own right, has achieved every goal he’s set for himself. But living up to the legacy of his uber-successful father feels like an impossible task. When the heavy burden of a lifelong secret begins to unravel, he’s forced to face the truth. He’s lacking in what matters the most and only one thing can make it right.
Sometimes a simple reboot is all it takes to realize the answers are right in front of you. A soul-searching trip to paradise changes everything for two best friends… if they are brave enough to follow their hearts and reach for the Level Up. 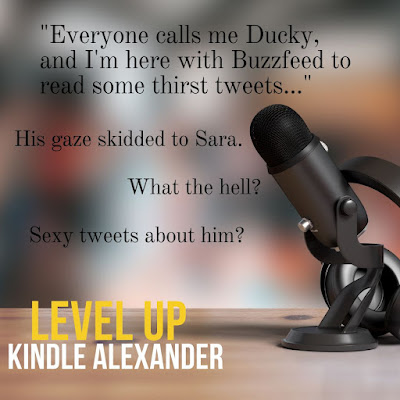 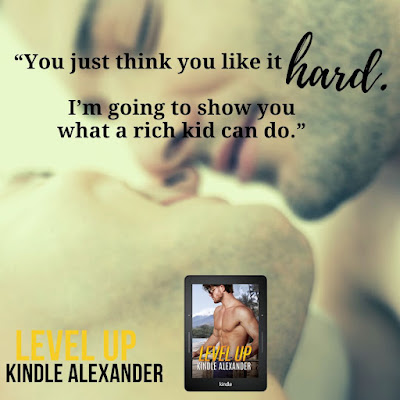 Bestselling author Kindle Alexander is an innovative writer, and a genre-crosser who writes classic fantasy, romance, suspense, and erotica in both the male/male and male/female genres. It's always a surprise to see what's coming next!
I live in the suburbs of Dallas where it's true, the only thing bigger than an over active imagination, may be women's hair!