Book Spotlight: For Butter or Worse by Erin La Rosa 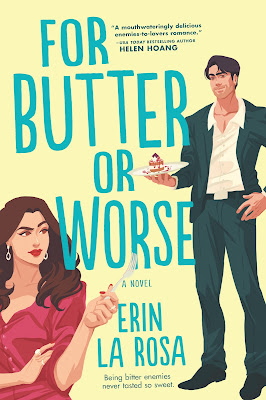 For Butter or Worse
by Erin La Rosa
Release Date: July 26, 2022
HQN Books
About For Butter or Worse
“[A] sparkling romance...witty and lighthearted, with plenty of tender moments to keep readers invested, this work gets the enemies-to-lovers trope right.”
—Publishers Weekly
They go together like water and oil…
All chef Nina Lyon wants is to make a name for herself in the culinary world and inspire young women everywhere to do the same. For too long, she’s been held back and underestimated by the male-dominated sphere of professional kitchens, and she's had enough. Now, as co-host of the competitive reality TV series The Next Cooking Champ!, she finally has a real shot at being top tier in the foodie scene.
Too bad her co-host happens to be Hollywood’s smarmiest jerk.
Restaurateur Leo O’Donnell never means to get under Nina’s skin. It just seems to happen, especially when the cameras are rolling. It's part of the anxiety and stress he has come to know all too well in this line of work. So nothing prepares him for the fallout after he takes one joke a smidge too far and Nina up and quits—on live TV.
To make matters worse, the two are caught in what looks like a compromising situation by the paparazzi…and fans of the show go absolutely nuts. Turns out, a “secret romance” between Nina and Leo may just be what their careers need most.
Now all they have to do is play along, without killing each other...and without catching feelings. Easy as artisanal shepherd's pie. Right? 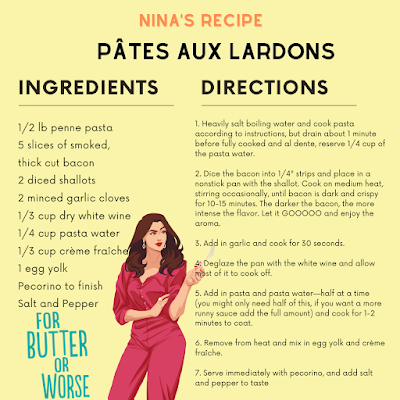 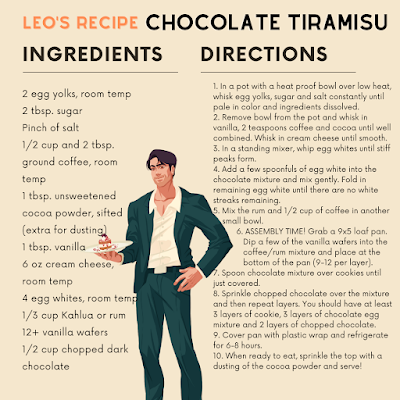 Erin La Rosa is a writer living in Los Angeles. As a writer for BuzzFeed, she frequently writes about the perils and triumphs of being a redhead. Before BuzzFeed, Erin worked for the comedy websites Funny or Die and MadAtoms, as well as E!s Fashion Police, Wetpaint, and Ecorazzi.
Erin has appeared on CNN, Headline News, Jimmy Kimmel, and The Today Show on behalf of BuzzFeed. She is the author of Womanskills and The Big Redhead Book.
Connect with Erin
Website | Facebook | Twitter | Instagram | TikTok | Goodreads