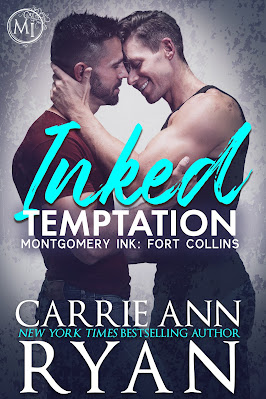 Inked Temptation
(Montgomery Ink: Fort Collins #5)
by Carrie Ann Ryan
Release Date: July 11, 2022
About Inked Temptation
This Montgomery finds his match in this touching second chance romance from NYT Bestselling Author Carrie Ann Ryan.
I thought I was moving on from my divorce, but now my ex is marrying someone else. I shouldn’t be this broken up, but it’s hard to put on a brave face when my family is basically an inked up Hallmark movie.
And I shouldn’t be brooding about what I don’t have, if it’s going to cause me to fall off a roof. Right into the grumpy neighbor’s burly arms.
He’d make a nice distraction, except he wants nothing to do with the burning attraction between us. Until one accidental kiss leads to more.
I’m not ready to risk my heart again, but Killian’s tortured eyes don’t seem to give me a choice. This thing between us is real.
But Killian is still trying to recover from a tragedy. And there are people who will do anything to make sure he never finds happiness again. 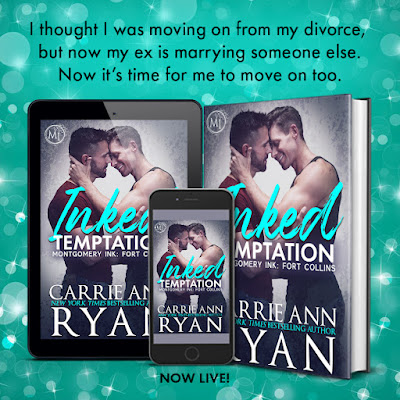 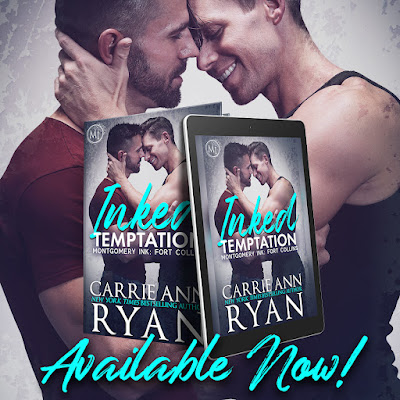 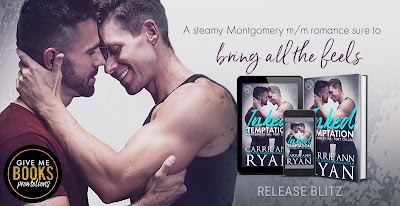