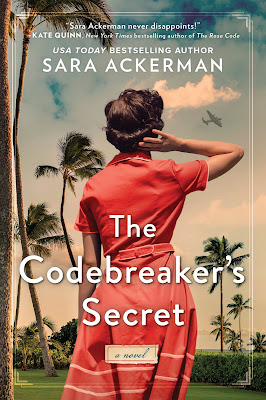 The Codebreaker's Secret
by Sara Ackerman
Release Date: August 2, 2022
MIRA Books
About The Codebreaker's Secret
Dual-timeline historical fiction for fans of Chanel Cleeton and Beatriz Williams, The Codebreaker's Secret is a story of codebreaking, secrets, murder, romance and longing.
1943 HONOLULU
Cryptanalysist Isabel Cooper manuevers herself into a job at Station Hypo after the attack on Pearl Harbor, determined to make a difference in the war effort and defeat the Japanese Army by breaking their coded transmissions. When the only other female codebreaker at the station goes missing, Isabel suspects it has something to do with Operation Vengeance, which took out a major enemy target, but she can't prove it. And with the pilot she thought she was falling for reassigned to a different front, Isabel walks away from it all.
1965 MAUNA KEA BEACH HOTEL
Rookie journalist Lucy Medeiras has her foot in the door for her dream job when she lands the assignment to cover the grand opening of Rockefeller’s new hotel–the most expensive ever built. The week of celebrations is attended by celebrities and politicians, but Lucy gets off on the wrong foot with a cranky experienced reporter from New York named Matteo Russi. When a high-profile guest goes missing, and the ensuing search uncovers a decades-old skeleton in the lava fields, the story gets interesting, and Lucy teams up with Matteo to look into it. Something in Matteo's memory leads them on a hunt that involves a senatorial candidate, old codes from WWII, and Matteo's old flame, a woman named Isabel. 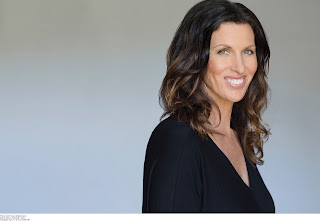 Sara Ackerman is a USA Today bestselling author who writes books about love and life, and all of their messy and beautiful imperfections. She believes that the light is just as important as the dark, and that the world is in need of uplifting stories. Born and raised in Hawaii, she studied journalism and later earned graduate degrees in psychology and Chinese medicine. She blames Hawaii for her addiction to writing, and sees no end to its untapped stories.
Connect with Sara
Website | Facebook | Twitter | Instagram | Goodreads