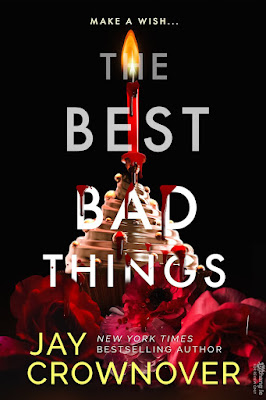 The Best Bad Things
by Jay Crownover
Release Date: June 15, 2022
About The Best Bad Things
Vesper Bell is a good girl. At least, that’s what everyone keeps telling her.
She was the perfect daughter. A straight-A student. The very best friend. And an adoring potential girlfriend.
However, when her life took an unexpected detour into darkness, suffering, and betrayal, Vesper realized being good hadn’t gotten her anywhere. An enthralled audience watched her dramatic fall from grace and clearly wanted her to crash and burn. Those she once trusted the most made it no secret that they wanted her to lose everything…and she did.
But all those years of being such a goodie-two-shoes built Vesper some powerful cosmic karma. On her birthday, she begged for a second chance, an opportunity to right all the wrongs and undo all the bad things she was forced to endure. She made a wish, not knowing that sometimes they really do come true.
Now, right before her fall, she’s back at the beginning, and she has no plans to be a good girl anymore.
Lucky for her, she has the perfect person to teach her how to embrace her rebellious and daring side: a boy with candy-colored hair and eyes as dark as the night sky. They were born on the same day, but that is about all the two of them have in common. Everything about him screams that he is a very bad boy, but Vesper sees the good in him.
He doesn’t seem to care if she’s perfect or pitiful. He keeps stepping in to save her, and he always makes her feel safe even when everything else feels uncertain. He feels real and honest when the rest of her life seems to be built on lies on top of more lies.
One thing Vesper knows to be absolutely true: the surprisingly sweet delinquent is the very best bad thing to ever happen to her. 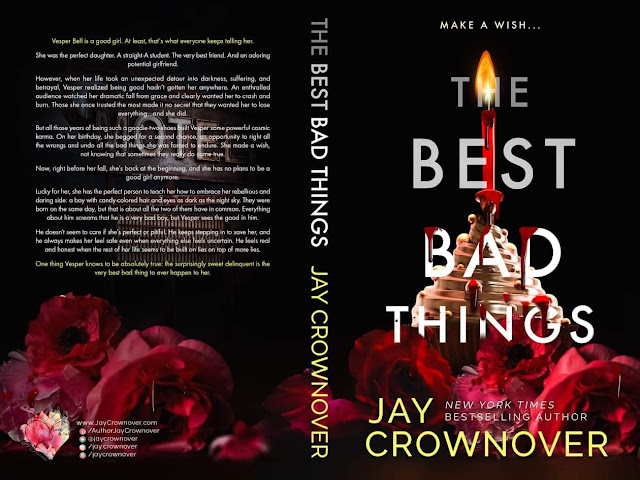 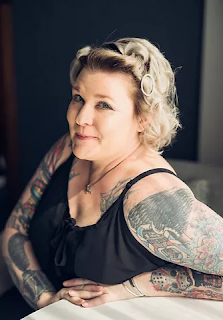 Jay Crownover is the international and multiple New York Times and USA Today bestselling author of the Marked Men series, The Saints of Denver series, The Point series, Breaking Point series, the Getaway series, the Loveless, Texas series, and the Forever Marked series. Her books can be found translated into many different languages all around the world.
She is a tattooed, crazy-haired Colorado native who lives at the base of the Rockies with her awesome dogs. This is where she can frequently be found enjoying a cold beer and Taco Tuesdays.
Jay is a self-declared music snob and outspoken book lover who is always looking for her next adventure, between the pages and on the road.
Connect with Jay
Website | Facebook | Twitter | Instagram | Goodreads | BookBub | Amazon | Mailing List