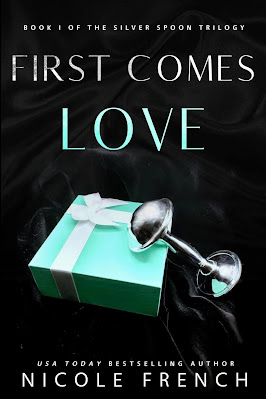 First Comes Love
(Silver Spoon #1)
by Nicole French
Release Date: June 23, 2022
About First Comes Love
Xavier Parker gets what he wants.
Richer than God. Hotter than fire. Colder than ice.
Father of my child.
And he has no idea.
As London’s top restauranteur, he has the golden touch, but he rules his world with an iron fist.
Now he’s back in New York with two objectives:
Open the newest hotspot in the city.
And win back my heart, five years after he broke it.
I’d run in the opposite direction, but it’s been so long...
And Xavier knows my recipe.
Passion. Pleasure. Just the right kind of pain.
Imagine his surprise when a little girl opens my door instead of me.
A stubborn, button-nosed four-year-old whose shiny black hair and bright blue eyes look just like his.
There’s a secret in this house, and he won’t stop until he figures it out.
Because Xavier Parker gets what he wants.
And now that includes his daughter. 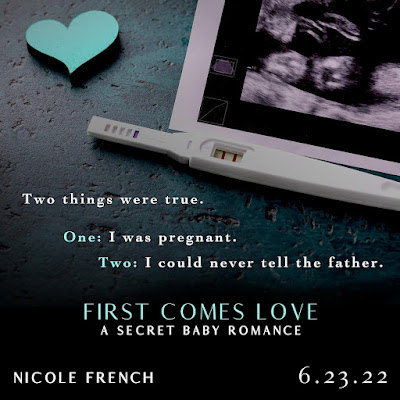 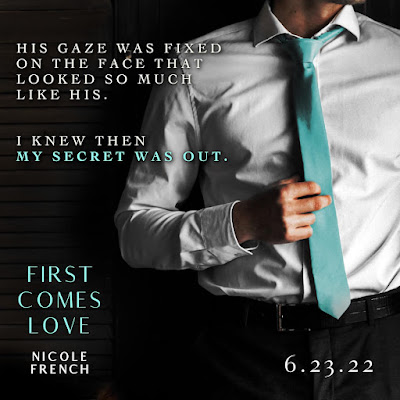 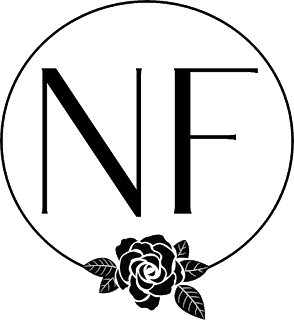 Nicole French is a USA Today bestselling author of contemporary romance. She's also a hopeless romantic, Springsteen fanatic, and total bookworm. When not writing, she is hanging out with her family, playing soccer with the rest of the thirty-plus crowd in Seattle, or going on dates with her husband. In her spare time, she likes to go running or practice the piano, but never seems to do either one of these things as much as she should.
Connect with Nicole
Website | Facebook | Facebook Group | Twitter | Instagram | Pinterest | Goodreads | BookBub | Newsletter