Book Spotlight: When It Falls Apart by Catherine Bybee 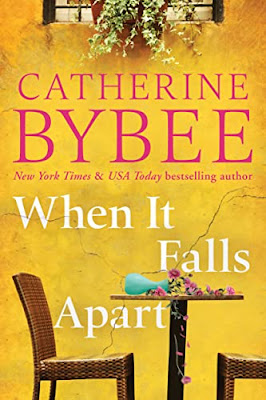 When It Falls Apart
(The D'Angelos #1)
by Catherine Bybee
Release Date: June 21, 2022
Montlake
About When It Falls Apart
Brooke Turner has always had a complicated relationship with her father. But when his health takes a turn for the worse, she drops everything to care for him. He’s her dad, after all, and he needs her. What Brooke doesn’t anticipate is the unraveling of her long-term relationship and a cross-country move to San Diego’s Little Italy.
Luca D’Angelo is the oldest of three children and a single father to a young daughter. When his mother rents the top floor of their house to Brooke, he’s angry. Who is this beautiful stranger with no ties to the neighborhood? Can she be trusted in such close proximity to his family?
As Luca learns of Brooke’s difficult journey with her ailing father, his heart softens. And Brooke, who witnesses Luca’s struggle as a single parent, develops feelings for him, too. But when it all falls apart, will love heal their wounded hearts?

An Excerpt from When It Falls Apart
“Oh my God, Carmen. He was standing at his car first thing this morning. Like ‘hop in, bella, let’s get stuff done today.’ Who does that?”
Brooke had picked up the phone as soon as Luca was off in search of a dump guy.
“We’re talking about the single, hot, Italian dad, right?”
Brooke rolled her eyes. “Yes. Luca.”
“Oy, oy, oy.”
“Stop it. I need advice. And I need it before he gets back.”
Carmen stopped teasing. “You don’t need advice. You need to relax. He sounds like one of the good ones. Let it happen.”
“Let it happen,” she mocked. “I don’t ‘let’ things happen. It happens to me and it’s never good.”
“You didn’t used to be such a pessimist.”
“Once upon a time the glass was half full. Not these days.”
“Okay, Debbie Downer. You want my advice . . . here it is. Keep doing whatever it is you’re doing.”
“I’m not doing anything. Zero effort.”
“Really?” Carmen didn’t sound convinced. “Makeup . . . a nice dress?”
Brooke hesitated. “Maybe . . . a little last night, but that was it.”
Carmen chuckled.
“Carmen!”
“Sorry. Okay . . . any red flags?”
Brooke thought about that. “He loved his ex-wife.”
“That’s a red flag?”
“I guess not.”
“Is he good to his mom?”
Brooke looked back on the dinner the night before. “To the whole family. He takes being the oldest brother quite seriously.”
“And his daughter?”
All Brooke could do was smile. “Great dad. We should all be so lucky.”
“He’s Italian, does he smoke?”
“No.”
“A lot of Italians smoke,” Carmen pointed out.
“In Italy. The San Diego variety are less in that wheelhouse.”
“That’s good.” Carmen sighed. “I don’t know what to tell you, Brooke. How does he kiss?”
“He hasn’t kissed me,” Brooke nearly yelled.
“Now then . . . we have a problem.”
“There hasn’t been . . . I don’t even know if—”
“Stop right there. He did not drive your sorry ass all the way to Upland to do grunt work all day if he wasn’t interested in kissing you, bellllaaa. More than that, you want him to.”
Brooke closed her eyes, and even in her own head she couldn’t convince herself that Carmen was wrong.
“Let it happen. You deserve some happiness, Brooke.”
The van with the air conditioning repair guy pulled into the driveway.
“I gotta go.”
“I want a kissing update the next time we talk,” Carmen teased.
“Love you,” Brooke said with a laugh.
“Back at ya, boo.”
She hung up.
Her best friend was such a dork. 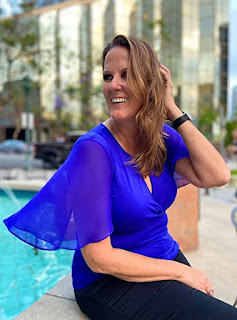 New York Times, Wall Street Journal, and USA Today bestselling author Catherine Bybee has written twenty-eight books that have collectively sold more than five million copies and have been translated into more than eighteen languages.
Raised in Washington State, Bybee moved to Southern California in the hope of becoming a movie star. After growing bored with waiting tables, she returned to school and became a registered nurse, spending most of her career in urban emergency rooms. She now writes full-time and has penned the Not Quite series, the Weekday Brides series, the Most Likely To series, and the First Wives series.
Connect with Catherine
Website | Facebook | Twitter | TikTok | Goodreads 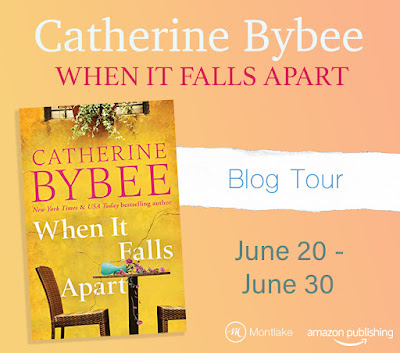