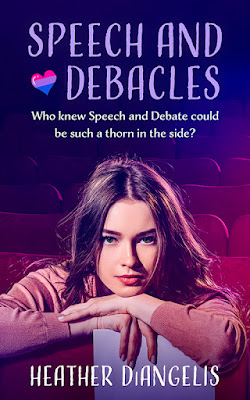 Speech and Debacles
by Heather DiAngelis
Date Released: May 31, 2022
Finch Books
About Speech and Debacles
Who knew Speech and Debate could be such a thorn in the side?
Drama class is nothing like Taryn Platt’s favorite TV show—no one has broken out into song yet, and there isn’t nearly as much kissing. But the seventeen-year-old is surprised to find one thing going the way she’d hoped. It turns out she’s not half bad at acting. When her Drama teacher recruits her for the school’s powerhouse Speech and Debate team, she can’t believe her luck. Even better when she finds out the guy catching her eye, Riker, is one of the team’s strongest competitors—and hopefully he got the hint that she likes boys as well as girls. But when painful, amped-up cramps invade her pelvis, performing on demand and getting close to Riker become increasingly less feasible.
Up until junior year, Riker Lucas had one life goal—break into the world of voice acting to perform video game voiceovers. Then one look from the green-eyed new girl from Speech brings on a second goal—getting himself over the hurdle of actually talking to her. The task proves impossible when a nagging inner voice constantly reminds him how worthless he is, how he doesn’t stand a chance.
Taryn’s pain worsens, keeping her out of commission at the most inopportune moments, and Riker’s oppressive self-denigrating thoughts steal his interest from his favorite activities. As Riker and Taryn float closer together, then farther apart, they both must work to find ways of coping—or they’ll miss out on each other as well as their performance goals.
Reader advisory: This book contains mentions of depression, social anxiety, and chronic illness. 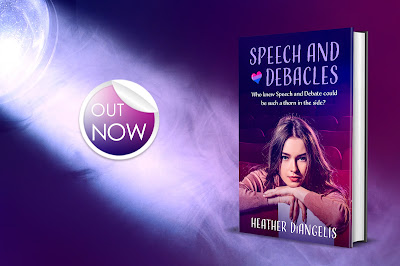 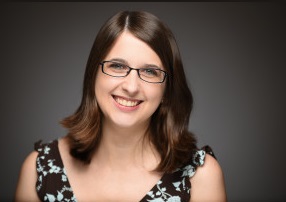 Heather DiAngelis produces scholarly publications by day and writes young adult novels by night. If she has enough energy on the weekends, she can be found binge-watching shows with a cat nearby, losing lightsaber battles against her husband and sons, and perpetually wishing for more time. She focuses on the intersectionality surrounding queer characters, with the hope that a teenager will someday find themselves in one of her stories.
Connect with Heather
Website | Facebook | Twitter | First for Romance | Goodreads