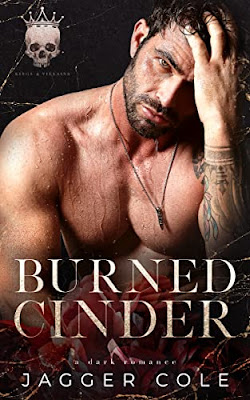 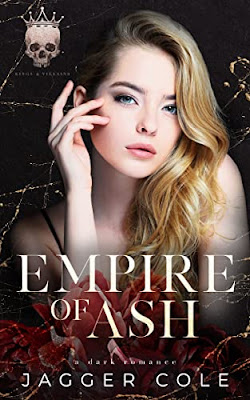 Burned Cinder (book one)
Forget the fairytale.
A broken princess; burned, but bold,
Who knew revenge was best served cold.
There is no Charming. There is no ball,
Just payback on a man who torched it all.
A man cruel, dangerous, and tempting as sin,
Who tells me I'm his; that he'll have everything.
So smash the slipper. Tread on the glass.
Burn an empire to cinder and ash...
Burned Cinder is book 1 of a two-part duet which includes Burned Cinder and Empire of Ash. Both books will be released June 9th. This is a dark, twisted romance. The complete duet is a standalone story.

Empire of Ash (book two)
Be careful what you wish for, little one...
Ella came after a king, and missed.
Now I’ve trapped in her a cage with “I do” and a kiss.
The only woman to have ever brought me to my knees,
And the only girl to ever make me truly bleed.
She thinks I’m the villain of her broken fairytale,
But another hunts and haunts her, hot on her trail.
Ours is a story that started with flame,
Buried by ash and drowned in cold rain.
Run run, Cinderella, there’s no place you could linger,
No amount of soot in the world could hide my little cinder…
Empire of Ash is the second book in the two-part Cinder duet and is not a standalone. This is a dark Contemporary romance, not fantasy or a word-for-word fairytale retelling. The completed duet is a standalone story and includes a HEA. 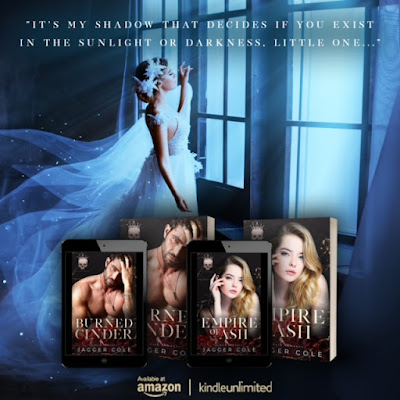 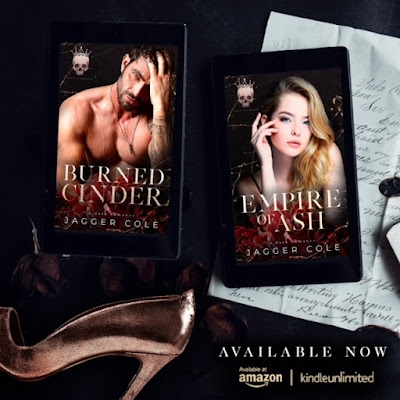 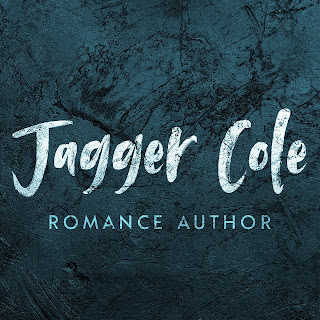 A reader first and foremost, Jagger Cole cut his romance writing teeth penning various steamy fan-fiction stories years ago. After deciding to hang up his writing boots, Jagger worked in advertising pretending to be Don Draper. It worked enough to convince a woman way out of his league to marry him, though, which is a total win.
Now, Dad to two little princesses and King to a Queen, Jagger is thrilled to be back at the keyboard.
When not writing or reading romance books, he can be found woodworking, enjoying good whiskey, and grilling outside – rain or shine.
Connect with Jagger
Website | Facebook | Twitter | Instagram | Goodreads | BookBub | Amazon 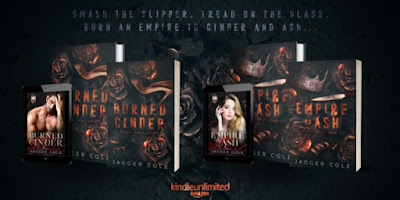