Release Blitz: The Soldier and the Bodyguard by RJ Scott 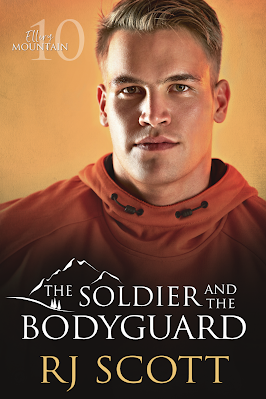 The Soldier and the Bodyguard
(Ellery Mountain #10)
by RJ Scott
Release Date: June 17, 2022
About The Soldier and the Bodyguard
Someone wants JC dead, and Adrian is the only thing standing in the way. Has war followed them home? Or is something more sinister at play?
JC struggles to understand his place in the world, and despite being wealthy beyond imagination, he’s never found real happiness outside of his friendship with Adrian. Enlisting in the army is his attempt at finding purpose, but tragedy strikes, and only the Ellery Veterans Center can help put back the pieces of his shattered life. With a bullet fragment in his brain and seemingly no hope of ever being the man he once was, he begins to lose courage.
Adrian didn’t hesitate to follow his best friend to war, but with their unit decimated in an ambush and JC bleeding into the dirt, Adrian buries his hopes for the future to keep the man he loves safe. Acting as JC’s bodyguard means he is secure for now, but threats from an unknown person escalate to attempted murder, and Adrian has no choice but to take JC and run. When the Sanctuary Foundation intervenes and takes them into their care, they might be safe, but revealed secrets could destroy everything.
Sometimes, even if love finds a way through tragedy, it can be impossible to imagine forever.
This book features characters from RJ Scott's action-adventure romantic suspense Sanctuary series, but you do not have to have read Sanctuary to enjoy this story. This best friends to lovers, hurt-comfort romance has bodyguards, threats, found family, and a guaranteed love-filled happily ever after. 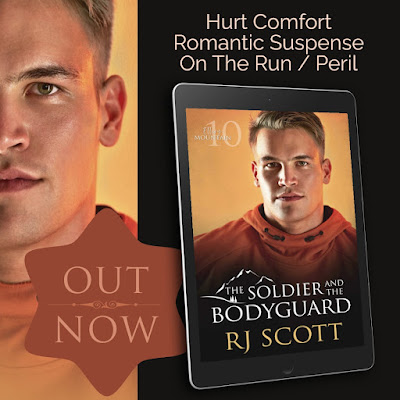 RJ Scott, author of M/M romance.
Writing love stories with a happy ever after – cowboys, heroes, family, hockey, single dads, bodyguards.
USA Today bestselling author RJ Scott has written over one hundred romance books. Emotional stories of complicated characters, cowboys, single dads, hockey players, millionaires, princes, bodyguards, Navy SEALs, soldiers, doctors, paramedics, firefighters, cops, and the men who get mixed up in their lives, always with a happy ever after.
She lives just outside London and spends every waking minute she isn’t with family either reading or writing. The last time she had a week’s break from writing, she didn’t like it one little bit, and she has yet to meet a box of chocolates she couldn’t defeat.
Connect with RJ Scott
Website | Facebook | Twitter | Instagram |  TikTok | Goodreads | BookBub | Newsletter 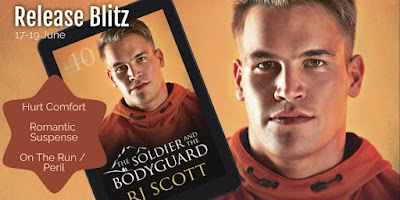