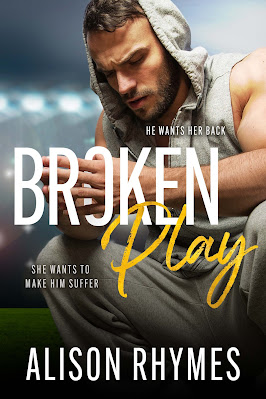 Broken Play
by Alison Rhymes
Date Released: June 28, 2022
About Broken Play
They have ties that bind.
June grew up in the shadow of her brother and his best friend, Drew McKenna. She stood back while Drew dated his way through high school and college, watching and waiting. Waiting for him to realize he loved her as much as she loved him.
When he did, it was the happiest she’d ever been. Until she found him with another woman only five years after their marriage.
Leaving her husband was a simple decision, but there was no easy way to cut him out of her family. When June receives a fresh start to her career, she also finds what could be a new lease on love. Reality hits Drew with a vengeance.
He wants her back.
She wants to make him suffer. 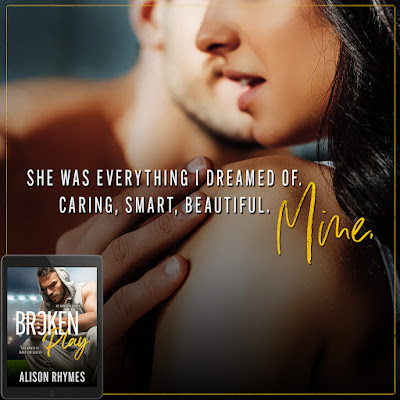 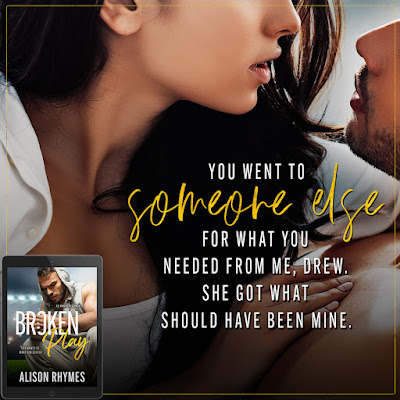 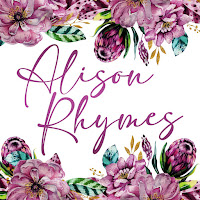 Alison Rhymes lives somewhere in the shadow of a Pacific Northwest Mountain, bordered by the Puget Sound, and not too far from the country roads she grew up on.
When not writing, she can be found avidly reading, traveling with youthful wanderlust, or slowly turning the inside of her house into her own personal houseplant jungle.
Connect with Alison
Website | Facebook | Twitter | Instagram | TikTok | Goodreads | BookBub | Amazon