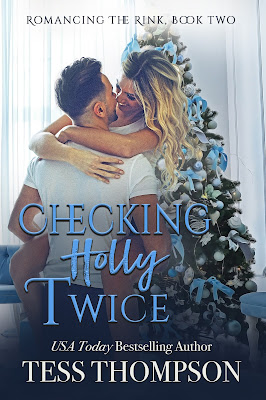 Checking Holly Twice
(Romancing the Rink #2)
by Tess Thompson
Release Date: November 2, 2021
About Checking Holly Twice
Famous actress Holly Turner arrives in Garland Grove with a bang when she crashes her sports car in the middle of the town square. Facing humiliation after getting very publicly dumped by her fiancé for another actress, she's looking for a place to escape. But when all the inns are full she's forced to stay at the bed and breakfast run by the grumpiest of owners, Forest Sully. The bonus? His adorable niece and nephew.
Forest Sully has no use for spoiled actresses but when Holly needs a place to stay, he's only too happy to rent her a room at his empty bed and breakfast. Raising his parentless niece and nephew, he's desperate to save the family home for their sake. Given how things are going, he'll lose the place to the bank before the snow melts in the spring.
Will a Christmas miracle save them all? 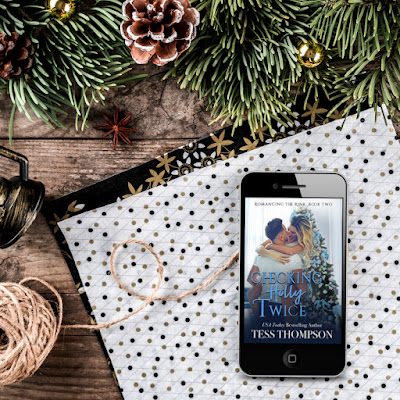 Learn more about the Romancing the Rink series on Elle Woods PR. 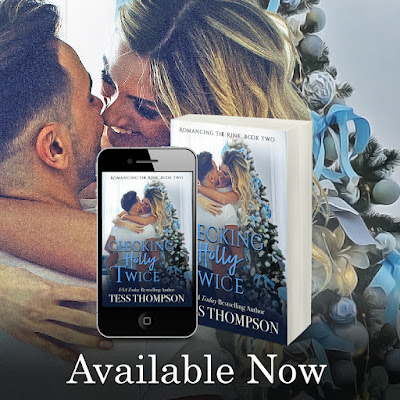 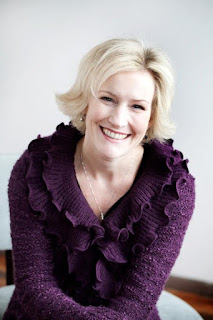 Tess Thompson is the USA Today bestselling and award-winning author of contemporary and historical Romantic Women's Fiction with over 40 published titles. When asked to describe her books, she could never figure out what to say that would perfectly sum them up until she landed on, Hometowns and Heartstrings.
She's married to her prince, Best Husband Ever, and is the mother of their blended family of four kids and five cats. Best Husband Ever is seventeen months younger, which qualifies Tess as a Cougar, a title she wears proudly. Her Bonus Sons are young adults with pretty hair and big brains like their dad. Daughters, better known as Princess One and Two, are teenagers who make their mama proud because they're kind. They're also smart, but a mother shouldn't brag.
Tess loves lazy afternoons watching football, hanging out on the back patio with Best Husband Ever, reading in bed, binge-watching television series, red wine, strong coffee and walks on crisp autumn days. She laughs a little too loudly, never knows what to make for dinner, looks ridiculous kickboxing in an attempt to combat her muffin top, and always complains about the rain even though she chose to live in Seattle.
She's proud to have grown up in a small town like the ones in her novels. After graduating from the University of Southern California Drama School, she had hopes of becoming an actress but was called instead to writing fiction. She's grateful to spend most days in her office matchmaking her characters while her favorite cat Mittens (shhh...don't tell the others) sleeps on the desk.
Connect with Tess
Website | Facebook | Facebook Group | Twitter | Instagram | Pinterest | Goodreads | BookBub