Release Blitz: Who We Were by Melissa Collins 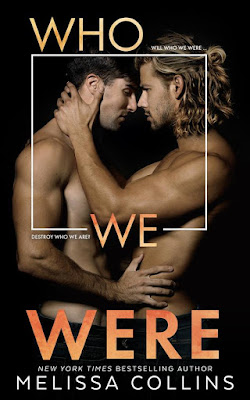 Who We Were
by Melissa Collins
Release Date: November 2, 2018

Two awkward teenagers—the loner and the nerd, trying to find our place in the world. Paired in wood shop, we knew nothing of each other, except that we wanted to know everything. Then one life altering moment changed it all and we were left with shattered dreams and broken hearts.

Two grown men—braver and smarter than we used to be, trying to heal the damage from that irrevocable moment. Even though the past was behind us, dead and buried long ago, we found it impossible to move on without ripping open the scars of our deep wounds.

With twelve years of unanswered questions fueling our desperate need for the truth, we must figure out if who we were will destroy who we are. 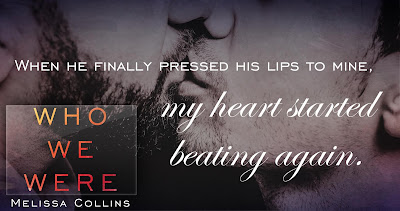 Add Who We Were on Goodreads. 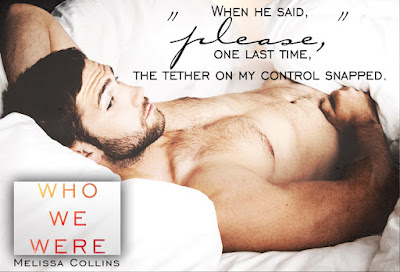 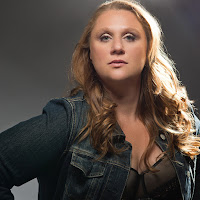 Melissa Collins has always been a book worm. Studying Literature in college ensured that her nose was always stuck in a book. She followed her passion for reading to the most logical career choice: English teacher. Her hope was to share her passion for reading and the escapism of books to her students. Having spent more than a decade in front of a classroom, she can easily say that it’s been a dream.

Her passion for writing didn’t start until more recently. When she was home on maternity leave in early 2012, she read her first romance novel and her head filled with the passion, angst and laughter of the characters who she read about it. It wasn’t long before characters of her own took shape in her mind. Their lives took over Melissa’s brain and the Love series was born.