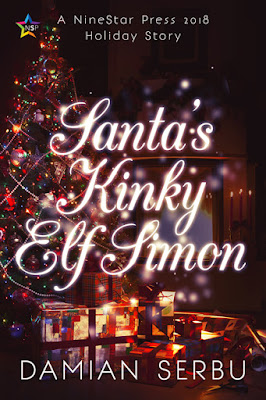 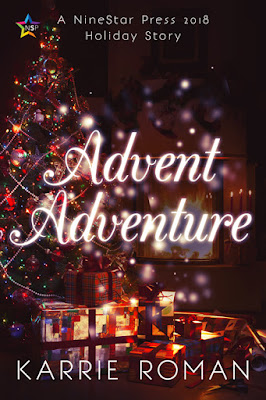 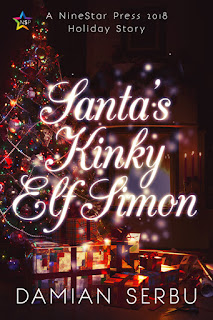 About Santa's Kinky Elf, Simon
Santa has big plans to release a story about himself right before Christmas, revealing his true nature as a vampire. He decides the best advanced publicity comes from reality stories and enlists Simon the Elf, a captive former human, to hit Chicago for the holidays and strike up a romance.

Santa wants Simon to document the whole thing, so they can give people a taste for life under Santa’s enslavement before the main story hits. Forced to the Second City against his will, Simon at first resists Santa’s orders, knowing a romance would be short lived at best, and at worst bring some innocent victim into Santa’s evil orbit.

But Simon failed to reckon with the charm and wit of Jonah, a hot guy he meets his first night on the town. Falling hard, Simon takes up with his new love despite knowing the awful choice ahead of him. Santa’s Kinky Elf, Simon, tells you this tragic love story in the elf’s own words.

About Damian Serbu
Damian Serbu lives in the Chicago area with his husband and two dogs, Akasha and Chewbacca. The dogs control his life, tell him what to write, and threaten to eat him in the middle of the night if he disobeys. He has published The Vampire’s Angel and The Vampire’s Protégé with NineStar Press. Coming later this year from NineStar: The Vampire’s Quest and Santa Is a Vampire. 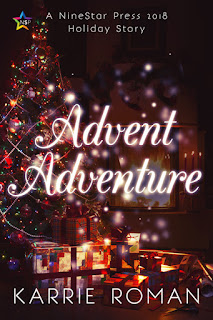 About Advent Adventure
A Holiday Sequel to Saved

With their nightmare at the hands of a serial killer behind them, Jack and Will are determined to give each other a perfect Christmas. As the countdown to the big day begins, life continues on with all its little ups and downs, laughs and tears, as Jack searches for the perfect gift and Will makes plans that will change everything for them.

Surrounded by friends and family Will and Jack do their best to have the kind of normal, loving Christmas neither of them has experienced in a long, long time. No matter what kind of Christmas they have, though, they both understand that as long as they are together the day will be perfect.

When the big day arrives, Jack receives a gift from Will he never thought possible, one he didn’t even know he wanted and the last gift he will ever need.

About Karrie Roman
Karrie Roman lives in Australia’s sunshine state with her husband and two sons, though she hates the sun with a passion. She dreams of one day living in the wettest and coldest habitable place she can find. She has been writing stories in her head for years but has finally managed to pull the words out of her head and share them with others. She spends her days trying to type her stories on the computer without disturbing her beloved cat Lu curled up on the keyboard. She probably reads far too much. 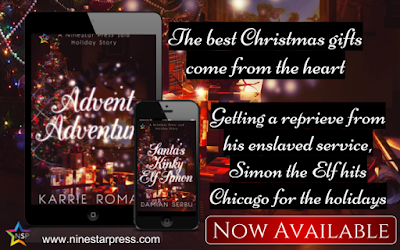