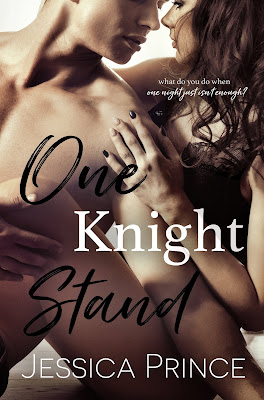 About One Knight Stand
Sutton Briar has lived the past several years doing everything in her power to remain invisible.

She learned the hard way that gaining the attention of the opposite sex could lead down a very dangerous path. She’s content to blend in with the wallpaper, but then her boss makes a request she can’t refuse for fear of losing her job:

Pretend to be the girlfriend of legendary musician, Camden Knight.

There’s just one problem.
She can’t stand him…
and the feeling is mutual.

Camden Knight spent years burying a crucial part of himself from the public eye. But when a one-night stand gone horribly wrong blows the lid off his secret, the only hope of repairing the damage to his reputation comes at the hands of a woman he despises.

They’re complete opposites in every way, but what starts as a fake relationship quickly turns into something neither of them expected. And what was supposed to be only one night leaves them both wanting so much more. 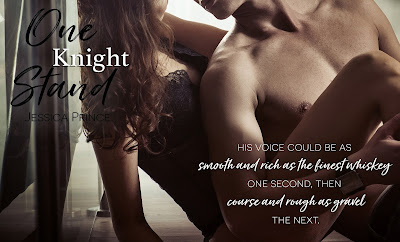 Read my 4.5-starred review of One Knight Stand.

Add One Knight Stand on Goodreads. 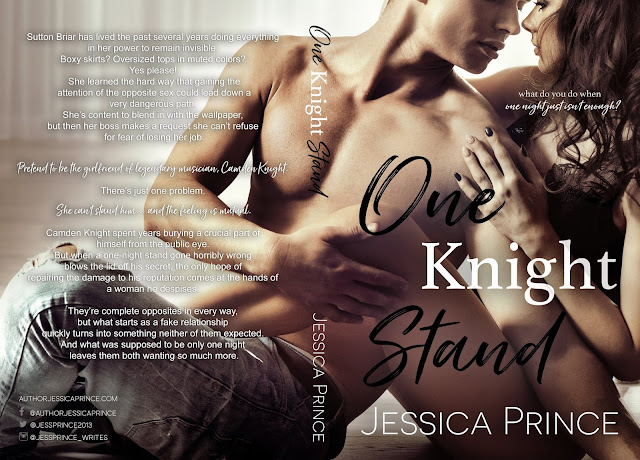 About Jessica Prince
Born and raised around Houston, Texas, Jessica Prince spent most of her life complaining about the heat, humidity, and all around pain in the ass weather. It was only as an adult that she quickly realized the cost of living in Houston made up for not being able to breathe when she stepped outside. That's why God created central air, after all.

Jessica is the mother of a perfect little boy—she refuses to accept that he inherited her attitude and sarcastic nature no matter what her husband says.

In addition to being a wife and mom, she's also a wino, a coffee addict, and an avid lover of all types of books—romances still being her all time favs. Her husband likes to claim that reading is her obsession but she just says it's a passion...there's a difference. Not that she'd expect a boy to understand.

Jessica has been writing since she was a little girl, but thankfully grew out of drawing her own pictures for her stories before ever publishing her first book. Because an artist she is not.