Re-Release Blitz: Confessions of a Klutz by Abigail Davies 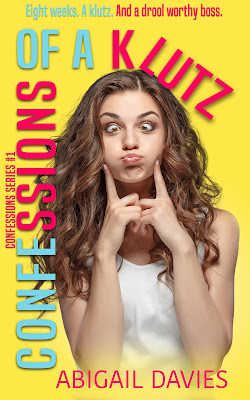 About Confessions of a Klutz
Confession One: I was a klutz.
I thought I’d grow out of it, but evidently I didn’t.
It’s not fun to look like a fumbling toddler when you’re twenty-six.

Confession Two: I had a standing appointment at the local ER.
It wasn’t by choice that I knew all the doctors’ names—it was necessity.
But that was about to change.

Confession Three: I hated the sun yet I lived in LA where it always shone.
I supposed that was one plus to being sent to New York for the next eight weeks.

That was until I got there.

Arm veins, dimples, and THE sexiest voice known to man were my weakness,
and he had every single one of them.

Confession Four: He was my new boss.
I could control myself though, right?

The city of dreams… a klutz’s worst nightmare.
Eight weeks. A klutz. And a drool worthy boss.
What did you get when you crossed a klutz with a GQ model lookalike?
I was about to find out. 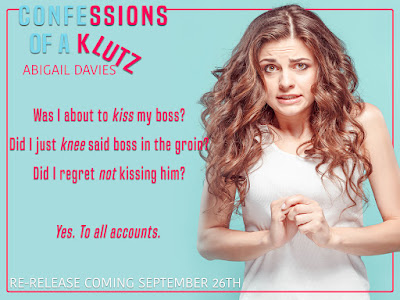 Read my five-starred review of Confessions of a Klutz.

Add Confessions of a Klutz on Goodreads. 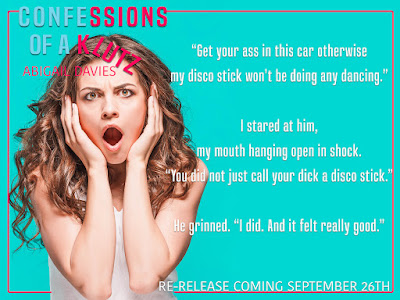 About Abigail Davies
Abigail Davies grew up with a passion for words, storytelling, maths, and anything pink. Dreaming up characters—quite literally—and talking to them out loud is a daily occurrence for her. She finds it fascinating how a whole world can be built with words alone, and how everyone reads and interprets a story differently. Now following her dreams of writing, Abigail has found the passion that she always knew was there.