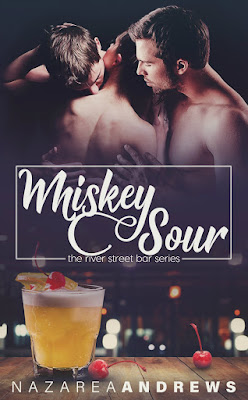 About Whiskey Sour
Calvin Landers is a mess.

He has a great job and a steady string of men and women in his bed, and has been in love with the same couple for so long he can't remember a time when he wasn't. Coming off fresh heartbreak, he's ready to move on, to give up on romance and sex altogether and moves in with his best friend, Davis, while he looks for something more permanent and tries to figure out what the hell he's doing with his life. 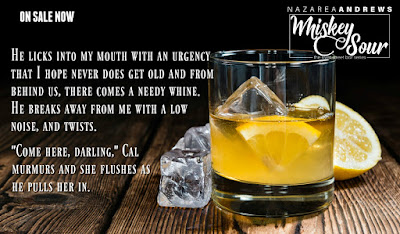 About Nazarea Andrews
Nazarea Andrews (N to almost everyone) is an avid reader and tends to write the stories she wants to read. Which means she writes everything from zombies and dystopia to contemporary love stories.

When not writing, she can most often be found driving her kids to practice and burning dinner while she reads, or binging watching TV shows on Netflix. N loves chocolate, wine, and coffee almost as much as she loves books, but not quite as much as she loves her kids. She lives in south Georgia with her husband, daughters, spoiled cat and overgrown dog.

She is the author of World Without End series, Neverland Found, Edge of the Falls, the Blood Scion saga, and The University of Branton series, as well as Before & After and Fatal Beauty. Stop by her Twitter and tell her what fantastic book she should read next.