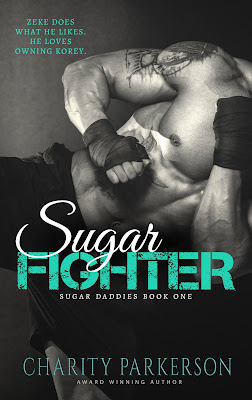 About Sugar Fighter
Zeke is the older man. The richer man. The man who plans to give Korey the world.

As MMA’s Light Heavyweight champion, Zeke’s million-dollar matches and multi-million-dollar sponsorships have given him the freedom to do whatever he likes. It pleases him to spoil Korey. Before Zeke’s best friend Charlie was deployed two years ago, he made Zeke swear he’d care for his brother Korey if anything happened to him. When Charlie is killed by a roadside bomb, Zeke takes the young college student in, determined to give him everything he requires to succeed. He never expects to end up hoping he can keep Korey under more than his roof. He needs Korey beneath him.

If Korey had been in his right mind after Charlie’s death, he would’ve turned down Zeke’s offer. By the time he realizes his mistake, he’s already addicted to Zeke’s powerful presence. He never meant to end up dependent on the man’s smiles and hot glances. The money, Korey could live without. The man has him hooked. There’s only one problem—neither man wants to cross the line from friends to lovers, ruining what they have.

Sugar Fighter is a short introduction to a new series by Charity Parkerson, Sugar Daddies. This series will feature male/male May/December romances where the men are hot, rich, naughty, and don’t like to be told no. 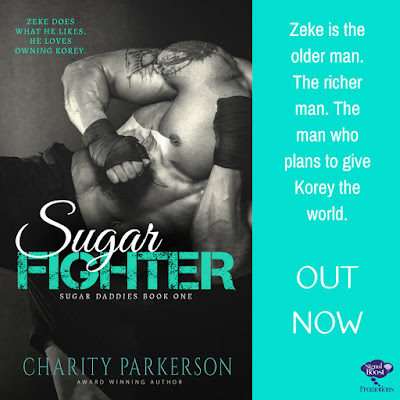 About Charity Parkerson
Charity Parkerson is an award winning and multi-published author with several companies. Born with no filter from her brain to her mouth, she decided to take this odd quirk and insert it in her characters.